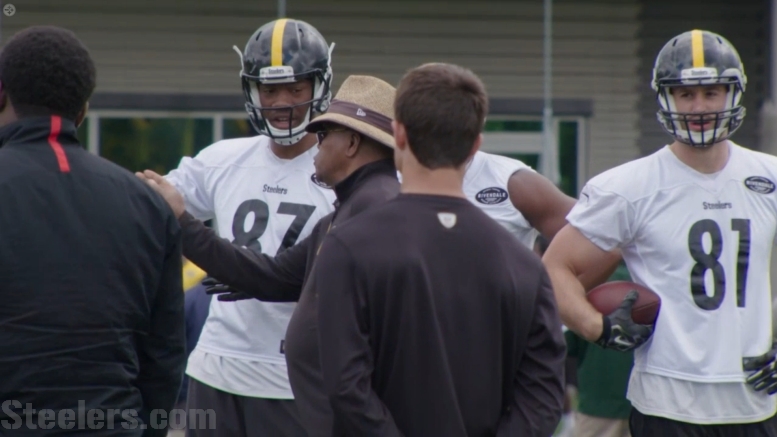 As it currently stands, the Pittsburgh Steelers’ offense is going to look about as different as it could possibly look without changing the quarterback or the overall system. They have lost or parted with their offensive coordinator, tight ends coach, and offensive line coach, while they are likely to lose their top wide receiver and running back in free agency, as well as two linemen, and one of their top two tight ends just retired.

Within that lies the opportunity to make changes. For example, changes at tight end. Position coach James Daniel had been with the Steelers in that capacity since 2004, the longest-tenured coach at a single position on the team, though Keith Butler and former defensive line coach John Mitchell have been here longer.

The point is, James Daniel has been the guiding force about what the Steelers are looking for at tight end for the better part of the past two decades, throughout all of head coach Mike Tomlin’s tenure, and through most of Kevin Colbert’s time in Pittsburgh.

Couple that with the retirement of Vance McDonald as their veteran and longest-tenured tight end, and there is here perhaps an opportunity to make some adjustments about what they are looking for out of the position going forward.

Truth be told, I really don’t know what that might entail. It’s entirely possible that they simply look for another no-nonsense old school tight ends coach who makes his guys work on the sled every day—which was rather a surprise to Eric Ebron when he arrived last year.

But at the same time, they could go in another direction. Tomlin has tried to find more receiving-oriented tight ends, with Ebron finally having some success. Before him, they signed Ladarius Green, who battled injuries and a serious concussion his one season here.

Obviously they’re still going to need their tight ends to block, but whoever they choose to hire as the position coach will be an indication of what their philosophy is. And it also goes without saying that they actually need some tight ends.

There is an excellent chance that, for the first time since 2007, the Steelers will be using a draft pick within the first three rounds at tight end—within the first four rounds, even. And whoever they do bring in will be somebody who was scouted by and wanted by their next position coach.