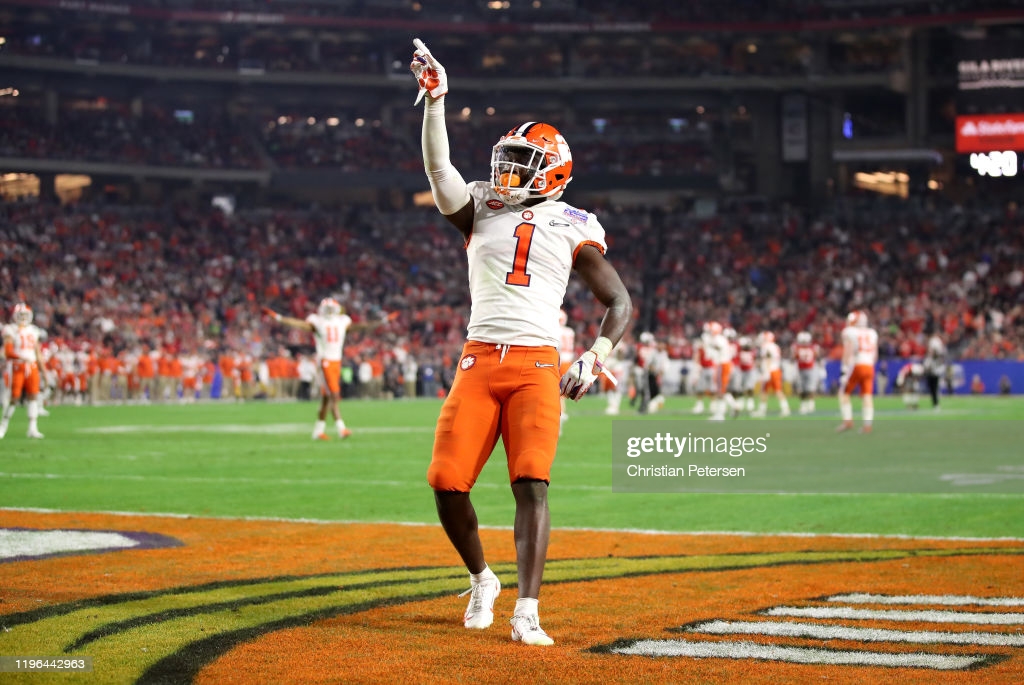 It’s January, which means the start of a new year and a flurry of mock drafts headed your way over the next four months. In Pro Football Focus’ latest version, they have the Pittsburgh Steelers taking Clemson CB Derion Kendrick with the 30th pick of the 2021 draft.

“Veterans Steven Nelson and Joe Haden both enter the final years of their respective contracts in 2021. And while they haven’t been complete liabilities at outside cornerback for Pittsburgh this season, there’s opportunity for Pittsburgh to improve at the position late in the first round come April.

Kendrick is a former five-star recruit who first played wide receiver at Clemson as a true freshman in 2018. He then made the transition to outside cornerback in the spring of 2019 and never looked back. He currently ranks 26th on PFF’s 2021 NFL Draft Board and has earned a 73.9 PFF coverage grade with the Tigers so far this season.”

As PFF notes, the Steelers have a solid cornerback room right now. But that could quickly change. Mike Hilton and Cam Sutton are pending free agents while Nelson and Haden are entering the final year of their contracts in 2021. Nelson may be a candidate to get extended but Haden, who will be 33 by the start of the 2022 season, probably won’t. There’s Justin Layne, a third round pick in 2019, but he hasn’t played enough to be properly evaluated. And shouldn’t prevent this team from adding to their CB room.

In two years as a starter for the Tigers, he recorded 61 tackles and picked off three passes. He did struggle in last night’s blowout loss to Ohio State as Buckeyes QB Justin Fields peppered their secondary with six touchdown passes.

Kendrick began his career as a wide receiver, catching 15 passes for 210 yards back in 2018. He was a Swiss Army Knife in high school, as most top-end recruits are, throwing 30 touchdowns as a senior QB while rushing for nearly 1200 yards.