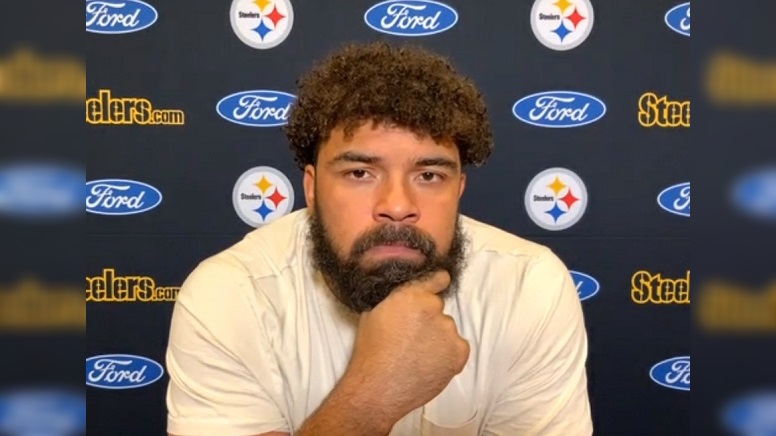 The 2021 Pittsburgh Steelers are going to look quite different from the 2020 team that lost Sunday night at home to the Cleveland Browns in the Super Wild Card round of the playoffs. We’ve already released the list of the Steelers players set to become free agents in March and that list is quite long. After Sunday’s loss to the Browns, Steelers defensive tackle Cameron Heyward was asked to comment on the team’s soon-to-be free agents and how hard it will be for him to possibly say goodbye this offseason to several of his current teammates.

“Yeah, it’s very tough,” Heyward said Sunday night. “Every year, the team looks completely different. I’m appreciative of everybody in that locker room, coming to work, sacrificing, their families’ sacrificing, as well. It’s been a year. It’s not been our year. We did some great things this year. But we didn’t reach our goal. It hurts knowing we’re going to lose players. Especially in the pandemic and things have changed. But I loved every one of these guys in here. To come to work and just talk to these guys, go to work, it’s just been a real treat and I appreciate it.”

Heyward was then asked his thoughts on the Steelers potentially blowing up the current construction of the team during the offseason due to possible salary cap limitations that could result in several free agents not being re-signed and other veterans currently under contract in 2021 being released ahead of the start of the new league year in March. His response was quite interesting, to say the least.

“I don’t know,” Heyward said. “It’s totally possible that I could be gone next year. I don’t know what to expect. We are in uncharted territory to say the least, and changes have to be made. That’s part of the game. We all have to deal with this.”

Heyward saying that he could possibly be gone next year is quite amusing and just him trying to make a point. Heyward, barring him retiring, isn’t going anywhere this offseason on the heels of him signing a very lucrative contract extension just prior to the start of the 2020 regular season. Heyward’s extension, which now runs through the 2024 season, included a $17.5 million signing bonus.

In short, Heyward would count $16.2 million in dead money if the Steelers were to cut him prior to paying him his $6 million roster bonus in March. Keeping Heyward, however, would result in his cap charge being $14.55 million if his contract is left in its current form. So, it would cost the Steelers $1.65 million more in cap space by cutting Heyward, which makes it a very foolish notion.

Here is what will happen with Heyward this offseason. The Steelers will restructure his contract in late February or early March and the result of that will likely be his 2021 cap charge going down by $7,068,750. That restructure will likely include all of Heyward’s $6 million roster bonus he’s due in March and all but $1.075 million of his $4.5 million base salary he’s due in 2021 being converted into a signing bonus.

So, Heyward is saying all the right things in terms of the possibility of the roster being turned over this offseason. While he is also being politically correct by not guaranteeing himself safe this coming offseason, the fact of the matter is that he’s more than safe. So, while Heyward very well might be saying goodbye to several of his current teammates this coming offseason, the Steelers won’t be saying goodbye to him. I guarantee it.