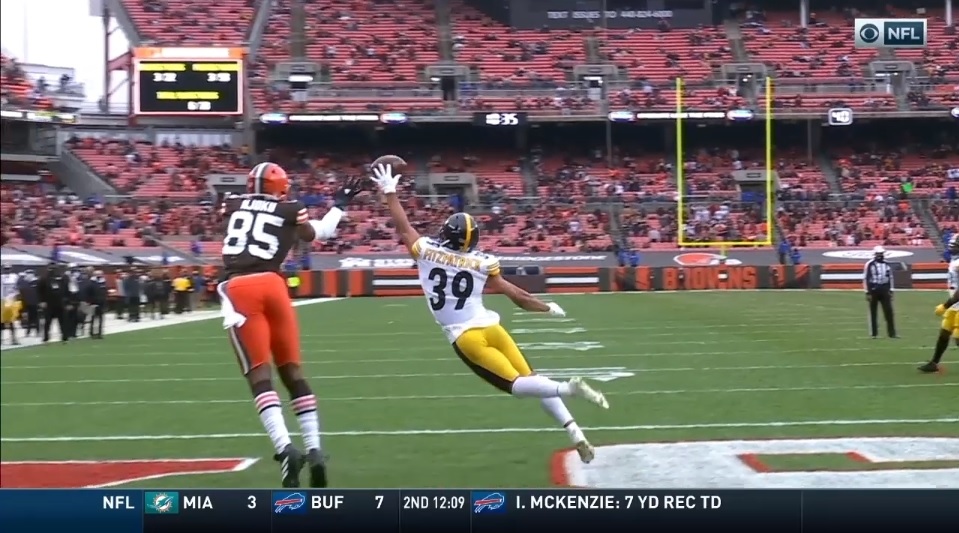 There might not be anyone more prepared for this weekend than Minkah Fitzpatrick. A 1000 IQ player with a book full of notes, Fitzpatrick says he’s ready for anything the Cleveland Browns throw at him Sunday night. He discussed his preparation in a Zoom call with the media yesterday.

“I’ve got almost 20 pages of notes on these guys,” he told reporters. “Which is not very common. I played every single ramp of the last two games. It is definitely unique to play them a third time.”

Fitzpatrick is regarded as one of the locker room’s most studious players. So much so TJ Watt said watching Fitzpatrick work made him want to be a better player. Here’s what Watt said a year ago.

“He just writes stuff down. I think some guys learn differently. That’s part of the NFL is trying to find out how each guy learns. He just seems to be a sponge and writes everything down to remember it. I like to take notes but this guy takes a ton of notes. Sometimes, he’s like, ‘I’m just writing the date, chill’ because I say so many snarky comments to him. It’s fun. He makes me want to take more notes too because I’m next to him. And I’m like, man, I should probably pay more attention.”

It’s helped make Fitzpatrick one of the best ball-hawking safeties in football. He has nine interceptions over the last two years, the first Steeler to have 4+ interceptions in two consecutive years since Brent Alexander did it three times from 2001 to 2003. Not even the great Troy Polamalu accomplished that (largely due to health). Pittsburgh’s made better use of Fitzpatrick in his first full season with the team, playing him underneath to rob and take away crossing patters as opposed to keeping him stuck in center field, where it was easier for QBs to avoid his airspace.

One of those interceptions came jumping a crosser in the first matchup against Cleveland, kicking off a big win against the Browns.

Fitzpatrick says he knows Cleveland will throw new wrinkles a third time around but he has a good understanding of their offense.

Like many players on this roster, Fitzpatrick will make his postseason debut Sunday night. Let’s hope he makes a splash. In three of four of the Steelers’ losses, the defense failed to register a single turnover, including the Week 17 finale.