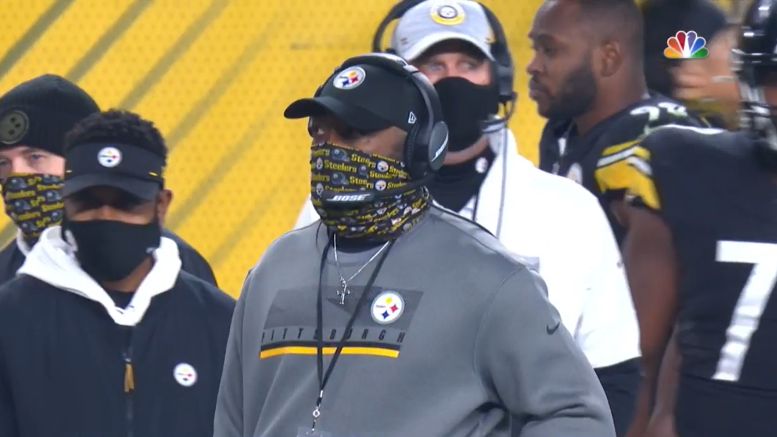 For better or worse, the 2020 season was a historic one for the Pittsburgh Steelers. Their ability to start the season with 11 consecutive victories was a truly remarkable feat, especially when you consider the fact that they had only once had a streak longer than four games to begin a season, and that was at seven.

But the season won’t be remembered for that. It will be remembered for everything that came after it. They finished the regular season dropping four of their final five games, with only a 17-point second-half comeback against the Indianapolis Colts preventing them from entering the postseason on a five-game losing streak.

Not that that would have mattered, of course, as they were dominated by the Cleveland Browns in the opening round and sent home early, despite having won 12 games and claiming the AFC North title. They are a bit of a laughing stock right now—and JuJu Smith-Schuster is in particular.

In spite of the relative success of the year—a 12-4 record and a division title is much better than most teams can say—this is a team facing a ton of questions this offseason and is really at a crossroads, reflecting upon how a season that began so promisingly ended with such terrible play.

“You know, we didn’t do enough”, head coach Mike Tomlin said when he was asked what the difference was between the team that finished the season to the team that started it. ”We didn’t position them in enough good circumstances. We didn’t make enough plays, particularly in the critical moments. We were a group that died on the vine”.

If you want to liken the team to a ripening fruit, then it is an apt metaphor. While there were signs of cause for concern, this is a group that was blossoming early on, even positioning themselves for a legitimate run at the top seed in the conference and homefield advantage—not to mention a bye week—throughout the postseason.

And then the offense just fell apart, pretty much. The running game had been on life alert for weeks already, but once defenses responded to the quick-release short passing game, they were unable to adapt. And then they died on the vine.

This is one of the most bitter ends to a season for the Steelers in recent memory, without question, and one of the worst playoff games that they have ever played, especially at home. There will be a lot of soul-searching and questioning done over the next few months—whether that results in any actionable change or not.