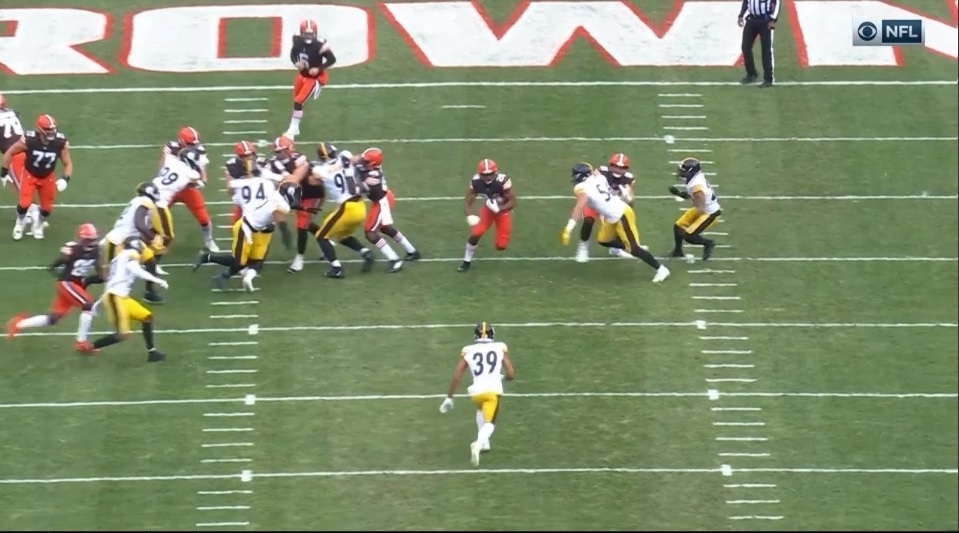 The Steelers are back in the playoffs since 2017, which has seemed like an eternity. We’ve seen star players leave, a season-ending injury to the franchise quarterback, and even started a guy named “Duck” lineup under center since, but they’re back. Speaking of back, the Steelers have a back-to-back with the Cleveland Browns to open their playoff journey. The Browns are coming off a high last week after beating the Steelers and awarding themselves with their first playoff birth since 2002. Ironically, that playoff game was also played in Pittsburgh.

While the outcome of making the playoffs was great for the Browns, the actual game couldn’t have made them very confident heading into this week. The game was much closer than many imagined as Cleveland was a 2-point conversion away from letting the game slip through their fingers against a Pittsburgh team that sat a fleury of their normal starters. To make matters worse, the Browns have been battling a COVID outbreak that has reached their head coach, Kevin Stefanski, who will be unavailable to be on the sidelines Sunday. As of Thursday night, the Browns haven’t been able to practice yet this week due to COVID protocols, leaving for some interesting hours of news upcoming about who will be playing in this game.

While the Browns are losing players this week, the Steelers are gaining them as linebacker Robert Spillane was welcomed back to practice Wednesday. He’s included in our matchup to watch this week as it’s going to be some hardnosed, old-school, playoff football between the Browns two bruising running backs and the Steelers linebackers.

Robert Spillane got the first real playing of his NFL career during the Steelers’ week six meeting with the Browns as the starter, Devin Bush, went down late in the second quarter with a season-ending ACL-injury. Spillane proved to be more than ready, putting together an excellent game on film.

The last few games of the season the Steelers were down to playing Avery Williamson and Vince Williams side-by-side on almost every snap. Their two skillsets are extremely similar and do not complement each other well. With Spillane in the lineup, he’s a much better athlete and coverage guy than one would expect. According to PFF, Spillane’s passer rating when targeted this year was only 51.4.

While Williams has made a career being a thumper, Spillane also knows how to set a tone for the defense. Steelers defensive coordinator, Keith Butler, talked about Spillane’s spark during his press conference this week, “You watch Derrick Henry run all year long and then who do you see jacking him up? Spillane did that. I didn’t see a whole lot of people doing that to that guy this year. But Spillane did that. We are glad to have him back.”

It’s not only ball carriers that Spillane can bring the wood against, it’s also linemen. Below, Spillane does his best Vince Williams impersonation as he keys the guard pulling at the snap, and not only fills the gap but BLOWS up the guard in the hole. So much so that it pushes the guard slightly back causing the running back to stumble and get tackled from behind for a modest gain.

The return of Spillane also brings back Vince Williams to his natural role. Williams had to play 100% of the snaps in week 16 against the Indianapolis Colts and his counterpart Avery Williams has played over 80% of the snaps for the last four weeks. They aren’t the type of guys you want to have to scheme around playing all three downs for full games. With Spillane back, Butler can take a lot more off of William’s plate and let him do what he does best, which is attack downhill.

Being able to spell the thumpers in Williams and Williamson while also having a solid cover guy that isn’t undersized, like Marcus Allen, is huge for this defense especially when the main target to stop is Nick Chubb. Spillane didn’t have to face him in the first matchup. Chubb managed to churn out over 100 yards last week against the Spillane-less Steelers defense on only 14 carries. In both matchups, Kareem Hunt proved to be a non-factor, but he can be a force in the passing game especially around the end zone.

You have to really like this matchup for the Steelers in round one of the playoffs. Cleveland’s hands are obviously tied right now, but even with that, if they can control the ball with long, run-heavy drives you can stay in any game. It’ll be up to this Pittsburgh linebackers unit, which is as deep as it’s been since week 6, see if they can put a stop to the drives before they get started come Sunday night.