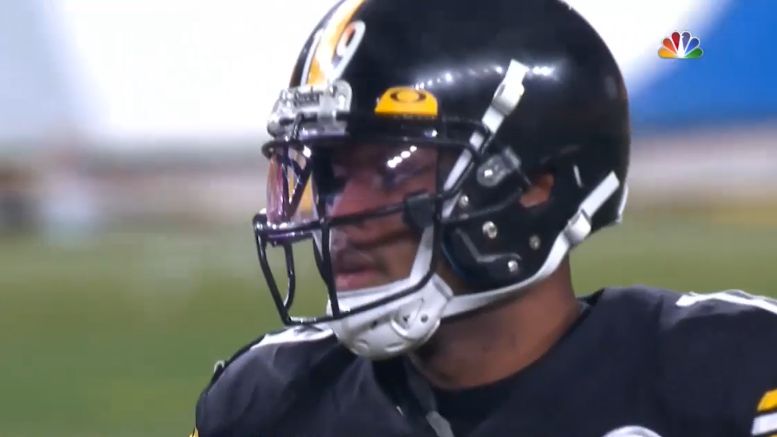 One of the most annoying aspects of viral media is how facts go through the telephone game where, by the time it reaches the end of the line, what was actually done or said is distorted in some meaningful way. Sometimes the distinction between the perceived and the actual is negligible or semantic, but at least as it concerns members of the media, accuracy should be a priority.

We saw that once again last night, when a member of the media asked Pittsburgh Steelers wide receiver JuJu Smith-Schuster about his pre-game comments about the Cleveland Browns. He had been asked about if he felt that this Browns team, which went 11-5, was a different team than the ones he had faces in years prior.

In so many words, he said not really, and summed it up with “the Browns is the Browns”. That is the phrase that went viral, but it continually morphed as well, and when he was asked about it tonight, he was asked about his comment saying that it’s “the same old Browns”, which is not what he said, and he corrected the record.

“You know, I don’t regret what I said. I said the Browns is the Browns”, he responded. “They came out and they played a hell of a game. You know, there’s been games where we feel we lose them and today wasn’t our night and hopefully the same Browns will show up next week against the same opponent and go out and do the same thing they did tonight and have a hell of a game”.

The Browns did play particularly well offensively, but the reality is that the Steelers offense gifted them numerous turnovers with rather bad execution, including a botched snap on the first play of the game that spotted them seven points before even basically doing anything.

Smith-Schuster was simply factually inaccurate in saying that this Browns team is not distinguishable from previous Browns teams, granted, even if it appeared that he was attempting to invoke a Tomlinism by referring to them as “nameless, gray faces”.

To expand on that, head coach Mike Tomlin is frequently asked questions about comparing one team or one player to their previous versions, and his response is almost invariably something along the lines of ‘I hadn’t thought about it in those terms’ or some other way of conveying that he doesn’t care and that it doesn’t matter whether they’re different or not—they’re still the upcoming opponent.

But of course, this Browns team showed that it’s not the Browns teams of the past, securing their first postseason appearance since 2002, first postseason victory since 1994, and first victory in Pittsburgh in their last 18 appearances. And they will be moving on to the next round, while the Steelers will be staying home.