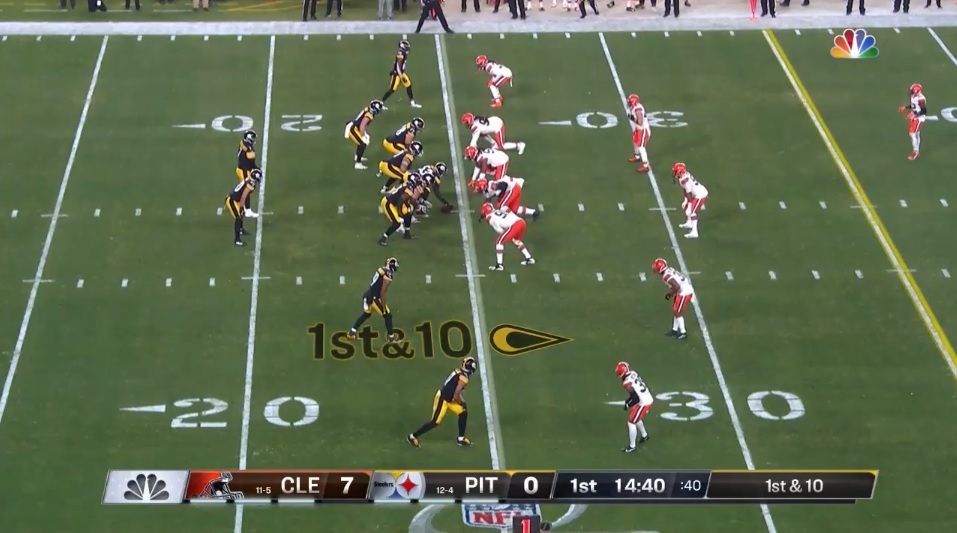 The Pittsburgh Steelers’ philosophy in Sunday night’s loss to the Cleveland Browns wasn’t so much on scoring points. It was winning the field position battle, especially early in the game. In a lengthy Tik Tok live video, WR Chase Claypool offered clues into the Steelers’ early approach.

Claypool is right to say the Steelers are a horrifically slow-starting team. They’ve scored just one touchdown on opening drive possessions the last two years, easily the worst mark in football. Every other team has at least three. The Green Bay Packers lead the league with 17. Even the Jets – the Jets! – have nine.

And as Claypool noted, even generating an opening drive first down has been like pulling teeth. Over their final six regular season games, just once have they moved the sticks on their opening possession and that came in Week 17 led by Mason Rudolph (Pittsburgh ended the drive in a punt).

So after the disaster that was the first play of the game, Maurkice Pouncey’s snap sailing over Ben Roethlisberger’s head and into the end zone, the offense was trying to get back on track and at least pick up a first down. To their credit, they did, Derek Watt diving his way for a first down on 3rd and 1. Unfortunately, Ben Roethlisberger threw an interception the next play, giving Cleveland excellent field position at Pittsburgh’s 46. Three plays later, Jarvis Landry went running into the end zone.

Claypool’s comments are also worth noting because of something Mike Tomlin said after the game. Explaining why he punted on 4th and 1 to start the fourth quarter, Tomlin said he was looking to win the field position battle.

“We wanted to pin them down…I just wanted to keep the momentum going in terms of field positioning,” he told reporters.

Obviously, field position has tons of value. It’s a critical part of the game. But the Steelers’ shaky offense has seemed to devolve from one capable of scoring a lot of points, dazzling with a crisp, aerial attack, to one that puts field position above all else. These comments feel like 2019’s philosophy of the Mason Rudolph/Devlin Hodges/almost Paxton Lynch led offense.

Maybe I’m making more out of these comments than needed. But little about this team’s end to the year feels like the start of it. Even the confidence and language of the group, from scoring points to just trying to win field position, feels different.