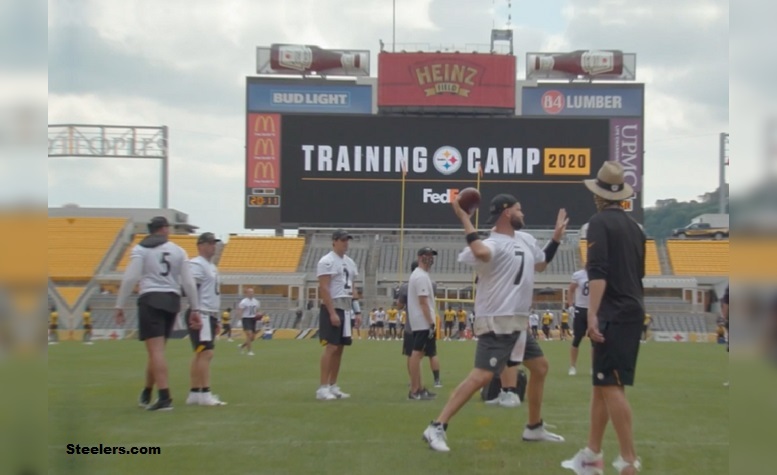 Topic Statement: Who the quarterback coach is in 2021 will not be very important with Ben Roethlisberger expected to return.

Explanation: While it hasn’t been formally announced, it has been reported that the Steelers don’t intend to leave Matt Canada as their quarterbacks coach after being promoted to offensive coordinator. Which means they have to hire somebody else, but how valuable is a quarterbacks coach to a 39-year-old quarterback?

Given that the question’s focus is on the 2021 season, then it is reasonable to say that the quarterback coach is not very important, working under the assumption that Ben Roethlisberger is going to be the quarterback for the team.

Roethlisberger already has a quarterback coach relationship with Matt Canada, his new offensive coordinator, similar to the relationship that he had with Randy Fichtner, though obviously not built on many years of association.

It’s not like anybody that they bring in is suddenly going to be changing Roethlisberger’s throwing motion and mechanics and things like that and suddenly unleash untapped potential that has been hiding under the surface for the past couple of decades. The backup quarterbacks will benefit, of course, but if they are playing, the season is lost anyway.

Obviously, the less experienced your quarterback is, the more important your quarterbacks coach is, so whenever you have a seasoned veteran under center, the value of that position coach is going to be less than it can be.

But that doesn’t mean that it isn’t still important. For one thing, the quarterbacks coach has a more exclusive role with the quarterback than the offensive coordinator, which has to oversee the entire offense. You still go through practices and work on things. Even Roethlisberger last year talked about the importance of practicing this or that in the early portions of the season.

So the position is important to Roethlisberger, yes, and of course it’s important to the backups, too, which can be important during the year. Especially if the team has any hope of Mason Rudolph or Dwayne Haskins being a future starter, but also to prepare them to play this year, ideally for a short stint rather than a long one.