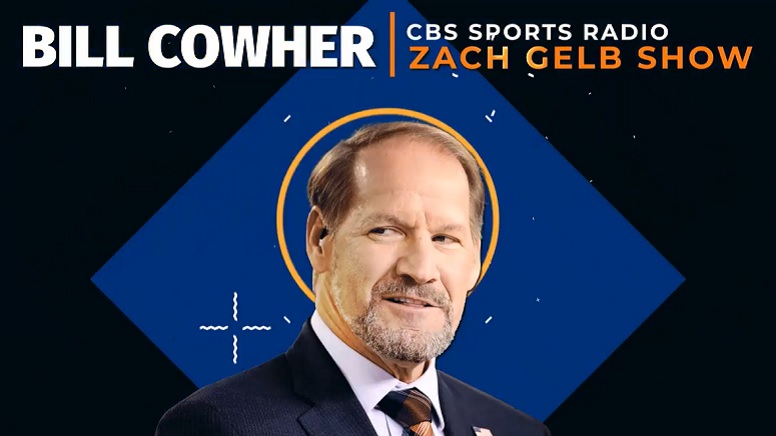 Inevitably during every coaching cycle, someone asks the question. Will Bill Cowher return? Cowher may have finally answered that question for good.

Appearing on the Zach Gelb Show Wednesday night, Cowher said he’s enjoying life in his current role, serving as a CBS analyst since 2007. And he explained why getting back into coaching would simply be too demanding.

“No, not really,” Cowher told the show when asked if he was surprised he never got the coaching itch again. “I stepped down and it was more for family reasons at the time. But I just think being [at the time] 49 years old, I’ve been in the National Football League for 26 years, player to coach, I wanted to take a step back. A lot of things didn’t go exactly the way I was thinking it would go. My wife passed away three years later. And you know, I met my current wife and now I find myself doing TV.

“I found myself quite honestly, having an off day, which I never had before. And I found myself with more balance in my life than I did before spending more time with my kids. And now I got five grandkids. I think when you talk about coaching in the National Football League, it’s a tremendous sacrifice that you make in terms of time commitment. And there’s really no downtime. You better have someone with you that’s very supportive and also understands that lifestyle. ”

Being a head coach is one of the most time-consuming professions there are. As Cowher said, there are no off days. During the season, it’s a 24/7 job. Game planning, practicing, watching film, meetings, travelling, before even stepping into a stadium for a game. Rinse, repeat for at least four months, longer if you’re lucky enough to make the playoffs. As soon as the season ends, the offseason begins with draft preparation and free agency.

At best, coaches get a little time off in the dead of summer before training camp begins and the cycle starts all over. Cowher accomplished his goal of being a successful, Super Bowl winning coach. For him, it was time to get on with life’s work, starting with enjoying time with family. He also discussed the pressures social media now place on coaches and players.

“There’s more transparency when the cell phone came along, the camera phone came along. All the social media outlets you have, you really don’t have much of a private life anymore. If you’re living in glass offices as being head coach of the football team and the city. So all those things factor into, I don’t think, as I said before, I’ve got great balance in my life right now. I’m very, very happy and I love what I’m doing and I love where I live.”

Cowher exited coaching just before social media became popular a few years later as Facebook boomed, Twitter was born, and the smartphone was invented. The challenges coaches today have of juggling all that are far different than they were in Cowher’s time.

Though he missed certain aspects of the game, Cowher said he doesn’t miss the job.

Without explicitly saying it, Cowher doesn’t seem to have any plans nor a desire to get back into coaching. Now 63 years old, it’s unlikely he’ll get back into the business even if he wakes up with the itch at some point in the future. He ends his coaching career with a great legacy and a gold jacket. That’s plenty for one coaching lifetime.

Listen to the full interview below.

Joining @ZachGelb next is #Steelers Hall of Fame coach @CowherCBS to discuss his career, the future of Big Ben & preview the Super Bowl!