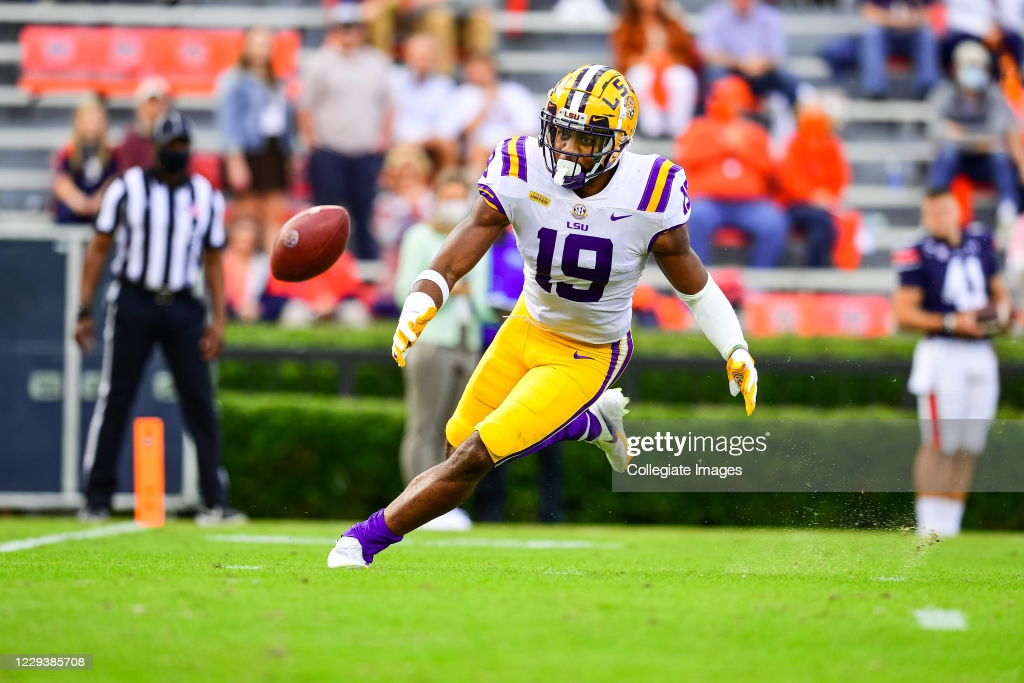 Now that the All-22 has been posted, we’re recapping what happened during Day Two (Wednesday) for the American Team at the 2021 Senior Bowl. If you missed it this morning, here’s our recap of the National side of things.

– There isn’t a top tier tight end in Mobile but Georgia’s Tre McKitty has excellent hands. Made at least three one-handed grabs during Wednesday’s practice, two of them coming in team session. Best one of the day came on a Y-over route, a strong throw by Alabama QB Mac Jones, who led him in front and McKitty finished it with a great snag. He shows the ability to make tough catches outside his frame.

– Kentucky center Drake Jackson is undersized at 6’1/7, 290 pounds but I like his quickness of the ball and his lateral mobility. The problem for Pittsburgh is they like their centers to also be able to play guard and generally, those guys need to be bigger than 6’2, 290.

– OT Alex Leatherwood is quick out of his stance and capable of winning early when he jump sets. Had some really good reps yesterday but the biggest issue for him is the placement of his punch. Too often misses and shoots outside the defender’s chest, causing him to lose power, give up his chest, and vulnerable to bull rushes. It’s not necessarily a strength thing for him as much as it is playing with more consistent technique and hand use.

– Michigan RB Chris Evans is solid out of the backfield. Accomplished receiver with the Wolverines for a part-time player there who bursts at the top of his route and can make tough grabs. Had a diving sideline grab on a checkdown on one play.

– Florida safety Shawn Davis drove and took a great angle to cutoff an attempted Cover 2 hole shot by QB Kellen Mond yesterday. Did everything right but finish the play, dropping a sure interception. He took advantage of his next opportunity later in team, picking off a pass that sailed way over the receiver’s head.

– Wake Forest QB Jamie Newman stacked a couple of bad reps. After getting picked by Davis on that aforementioned overthrow, Newman’s next rep was worse. Stared down WR Cornell Powell on a short curl route, who was blanketed by Georgia’s Mark Webb. LSU safety JaCoby Stevens was in zone underneath and Newman threw it right to him. Stevens tipped it and Webb intercepted it off the bounce. Never a good idea for a QB to throw into this “window.” 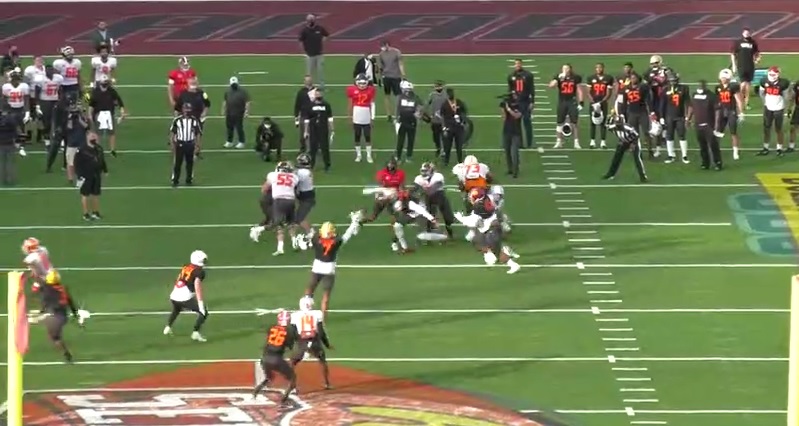 – Trey Smith out of Tennessee is a big body but he struggles in pass pro. Tends to lunge, not bringing his feet, and he’ll also overset, allowing defenders to win inside. Got beat pretty clean on one rep in team.

– Liked what I saw from Texas Tech OG Jack Anderson. Strong, stout, who doesn’t give up much ground in his pass set. Needs to be careful not to narrow his base or cross his feet when sliding laterally but a guy I want to learn more about.

– If you’re looking for an off-ball linebacker who can cover, LSU’s Jabrill Cox might be your guy. Like his size at 6’2/7 233 to match up on tight ends and he’s athletic/fluid enough to run with them. Did well in 1v1, a drill where the offense has the clear advantage, and carried Bowling Green TE Quintin Morris all the way downfield on a 7 route later in team. Even in that clip of McKitty shown above with Cox giving up the catch, that’s great coverage. Just a better throw/snag.

– Becoming a big fan of Amari Rodgers, the WR out of Clemson. Scouting report on him will go up tomorrow. His hands are a little inconsistent but he makes tough grabs over the middle, including one in-between three defenders to finish out the day. Slot receiver worth looking at come Round 3 or 4 if JuJu Smith-Schuster isn’t retained.