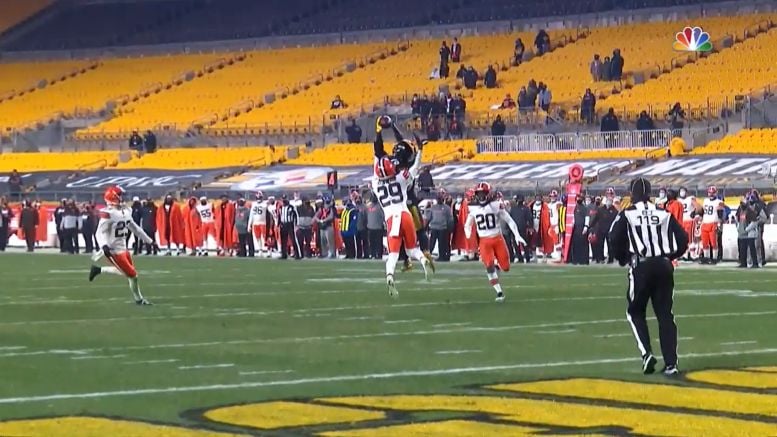 Reasoning: In what may be his final game as the member of the Pittsburgh Steelers, wide receiver JuJu Smith-Schuster quietly played one of his best, posting 157 yards on 13 catches with a touchdown in their playoff loss to the Cleveland Browns.

I realize that this might not go over too well given how much so many members of the fan base have grown to dislike the young wide receiver, but looking at the situation objectively, JuJu Smith-Schuster helped raise his stock with his performance against the Cleveland Browns on Sunday night.

The four-year veteran has three games over his four-year career in which he posted 150 yards or more. One came in 2017. Another came in 2018. The final was Sunday, going for 157 yards on 13 catches and a touchdown in a loss to the Browns.

After posting a career-high nine touchdowns in the regular season in a modified short-yardage role in the Steelers’ offense, Smith-Schuster reminded that he can also be an intermediate and deep threat to teams that will be courting him over the next couple of months as he hits free agency.

Many fans may moan and groan about the 24-year-old’s social media habits and his remark about the Browns being the Browns, but the reality is that front offices won’t care too much about this. He’s still going to get a bunch of money, and the fact is that his final game of his fourth season only helped his cause in that regard by showing a more fleshed-out version of his repertoire than he had been able to demonstrate for most of the past two years.