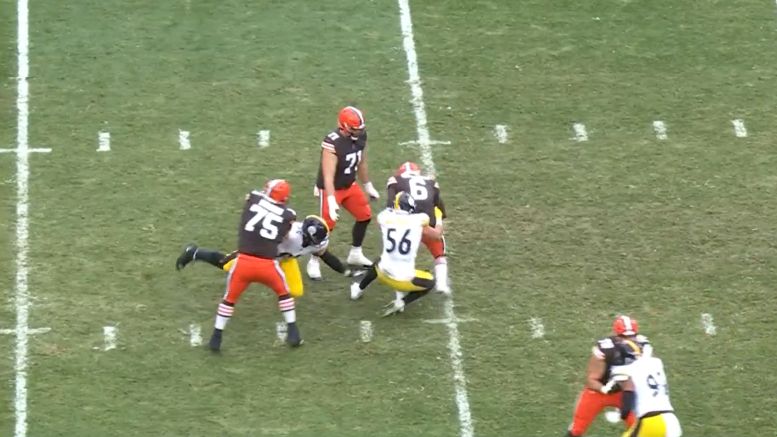 Needless to say, much more was put on the plate of rookie third-round draft pick Alex Highsmith than was intended, but that became unavoidable after Bud Dupree suffered a season-ending ACL tear several games ago, with no other clear and obvious option to step in and fill the void.

As he would demonstrate over the course of the past month, however, he was the best man for the job. He of course had his rookie moments, but his talent was on display and obvious, as were the indications of improvement, both immediately and in the near future.

During the five-game stretch in which he has been in the starting lineup, the Charlotte product recorded 28 total tackles, including two for loss. He also recorded a sack and five quarterback hits, according to Pro Football Reference. He logged about 90 percent of the team’s defensive snaps in that time.

Granted, only three of those nine tackles, in addition to the sack, that he recorded in the season finale actually went for defensive stops. But that doesn’t mean he was always at fault. There were a couple of plays in which he was asked to cover, for example, Jarvis Landry, allowing a 14-yard reception. But much of his work was cleanup duty, and those tackles are just as important.

In addition to his own sack, his pressure on Baker Mayfield is also what led to the ‘sack’ that was ultimately recorded by Jayrone Elliott, his first since 2016. Highsmith’s rush forced Mayfield to flush up in the pocket, tripping as he did so, and Elliott merely tagged him down (no, Highsmith never did touch him).