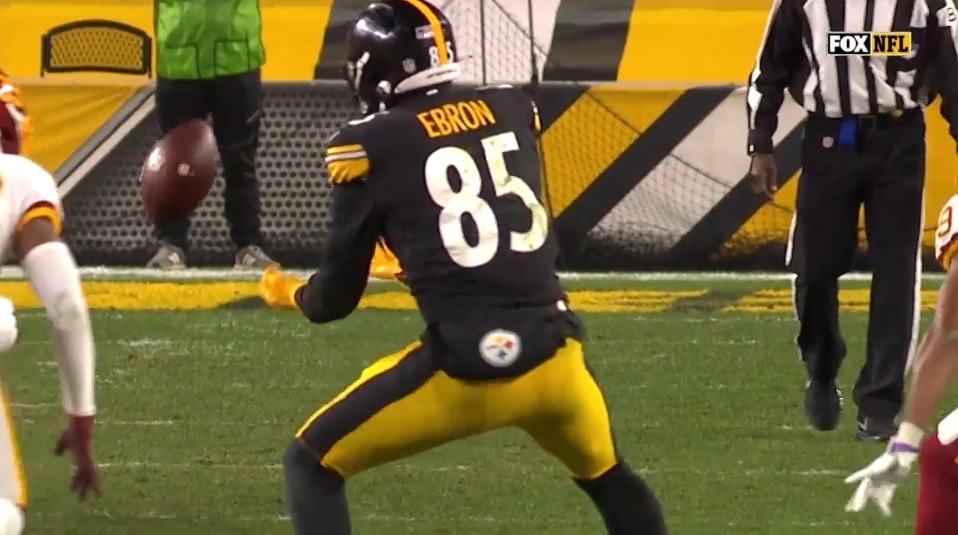 After two abysmal weeks of dropping the football, Mike Tomlin made things abundantly clear during his Tuesday press conference. Catch the ball or catch the bench.

Tomlin was asked how to correct the more than dozen of drops by Steelers’ wideouts and tight ends over the last two games.

“They can catch the ball or they can get replaced by those who will catch it,” he said during his Tuesday press conference.

As ESPN’s Stats and Info calculated last night, Pittsburgh dropped seven passes in Monday’s loss to Washington. That’s coming off a week where they dropped about as many in their narrow win over Baltimore. It’s one of the most glaring problems with this team and it’s no surprise to see the Steelers dubiously lead the NFL in this category.

Per @ESPNStatsInfo, the Steelers had 7 drops against Washington, their most over the last 15 seasons and most by any team this season. They've now dropped a league-high 31 passes this season (10 more than anybody else). #Steelers

The only problem is the drop issues seem contagious. They haven’t been limited to one guy. Eric Ebron and Diontae Johnson may be the worst offenders but even sure-handed receivers like JuJu Smith-Schuster have put a couple on the ground against the Ravens and Football Team. If Tomlin benches everyone like he says, there might not be anyone left to replace them.

But Tomlin made it clear receivers need to do what they’re paid to do. Catch the ball.

“Like I often said, I expect guys to make routine plays routinely. And when there’s a pattern of that not happening, we gotta look at who we’re throwing the ball too. The coaching of catching the football for those who are employed to do it at this level is something I don’t have a lot of patience for. It’s not something that any of us have a lot of patience for. Those guys job is to catch the football particularly the routine ones. Where there’s a pattern, you should expect to see less opportunities. That’s just fair. That’s just part of what this business and our game is about.”

In the short-term, Tomlin’s lack of patience may mean more chances for guys like James Washington. Washington has been about the only receiver not to have a drop the past two weeks and is making big plays. He crucially picked up a third down in traffic to seal the win against Baltimore. Versus Washington, he caught a 30 yard pass down the seam and later, grabbed a short curl route, broke two tackles, and raced 50 yards into the end zone.

Yesterday, Washington played 38 snaps, more than Chase Claypool, and his highest snap count in a game since Week 6 against Cleveland.

At tight end, Ebron may see a reduced role for the more sure-handed and undeniably better blocker in Vance McDonald. That wasn’t reflected in the snap count yesterday though. Ebron played 57 snaps to McDonald’s 28.