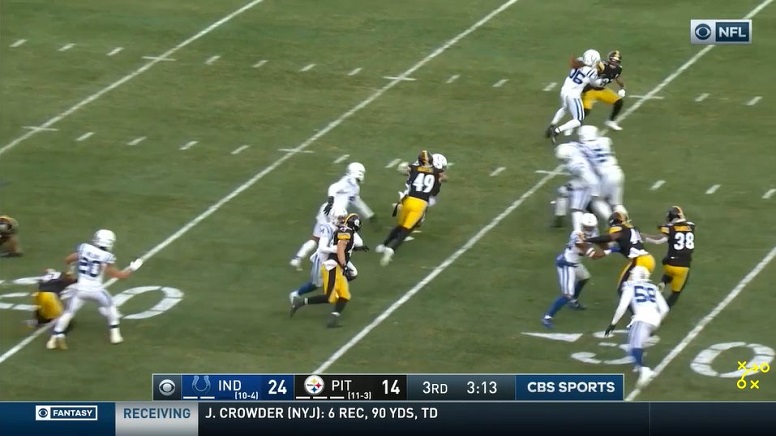 New Pittsburgh Steelers outside linebacker Cassius Marsh made his debut with the team on Sunday against the Indianapolis Colts and the former fourth-round selection in the 2014 NFL Draft out of UCLA played 11 defensive snaps and 12 special teams snaps in the home win. On Tuesday, Steelers head coach Mike Tomlin was asked about Marsh and specifically about how much he knew about the linebacker prior to the team signing him off the Colts practice squad a few weeks ago.

“I’ve known quite a bit about him over the years,” Tomlin said of Marsh. “He has been on several teams. He is a guy that’s always proven to be willing and capable regardless of the circumstances that he has been in. He has a resume of to speak of. He has some rush talent. He’s a veteran guy. Often times when you are acquiring a guy like him or a guy in his position this time of year, that guy lacks experience. We are excited about the acquisition of him because he does have some game experience and has played in this league.”

Tomlin went on to liken the recent acquisition of Marsh to that of inside linebacker Avery Williamson, who the team traded for after losing starting inside linebacker Devin Bush for the remainder of the season to a knee injury back in Week 6.

“More similar to Avery Williamson than maybe some of the other scenarios that you talk about under those circumstances,” Tomlin said. “And the experience of those two men are added value to our cause this past weekend and I’m sure it will continue to add value to our cause as we push forward.”

Against the Colts, Marsh didn’t stick out defensively except for missing a tackle that would have likely resulted in lost yardage. He did, however, stick out on special teams in a positive manner against the Colts as he led the team in total tackles with two.

Will Marsh be active in the regular season finale against the Cleveland Browns? He should be and he’ll likely log a lot of playing time in that contest on both defense and special teams. We’ll have to wait and see how he plays to close out the season but there’s a chance the Steelers might want to re-sign Marsh to a minimum salary deal during the offseason in an effort to see he can stick on the roster in 2021 and provide experienced depth at the outside linebacker position.