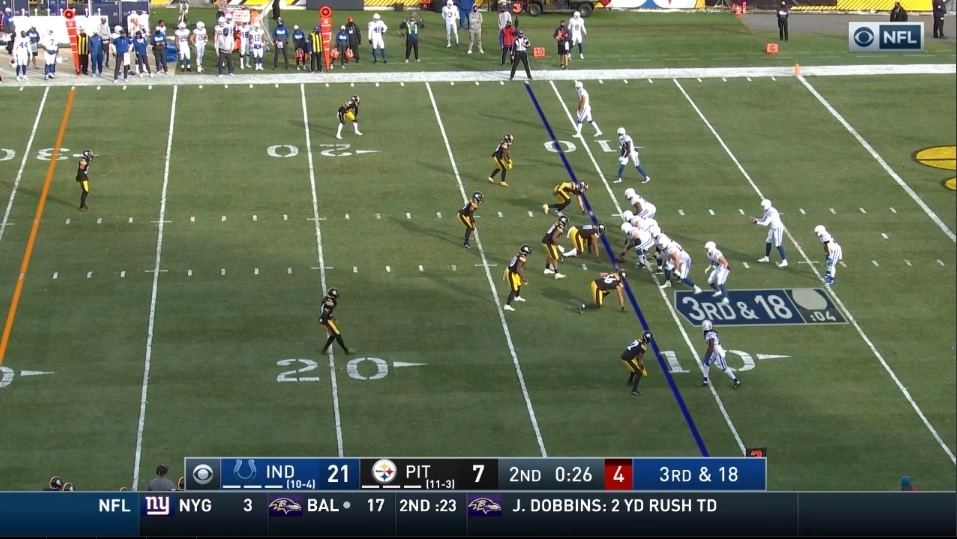 In one of his worst blunders when it comes to clock management, Mike Tomlin was asked Tuesday why he failed to call a timeout at the end of the first half against the Indianapolis Colts.

To reset the scene for you, Pittsburgh trailed 21-7 with about a minute left in the second quarter. The Steelers still had all three of their timeouts. On 2nd and 20, the Colts ran a draw for two yards. Tomlin did not use a timeout, the clock continued to run, and the Colts were more than willing to burn the entire playclock.

Had Tomlin used his timeouts correctly, the offense would’ve gotten the ball back with about 50-55 seconds remaining and still one timeout to work with. Instead, Pittsburgh didn’t have the ball until there were 14 seconds left. The half ended with a stat-padding completion to JuJu Smith-Schuster, the Steelers coming away without any points. The Colts received the second half kickoff and drove downfield for a field goal, extending their lead to 17.

Tomlin offered this explanation for his blunder.

“I was taken aback by the screen that we gave up just prior to that,” Tomlin told reporters Tuesday. “And I was more concerned about getting that unit off the field without giving up any more splash plays. It’s really unsettling when you give up a field-flipping play such as that. Thankfully that play was called back due to a block in the back, but we were fortunate there. Our execution was poor and it really kind of changed my whole mentality about how the end of that half was unfolding.”

Tomlin’s referring to the long, 63 yard catch-and-run by RB Nyheim Hines earlier on the drive. It was negated by a penalty on Colts’ guard Mark Glowinski. Had the play stood, the Colts would’ve added to their lead at halftime, potentially putting the game away for good.

Still, Tomlin’s excuse over worrying about giving up big plays doesn’t seem to hold up. The Steelers have a top defense, one that Tomlin has praised time and time again. The odds of the Colts converting a 3rd and 18 are extremely low.

In fact, though this is an obscure, manufactured stat, the Steelers have the best 3rd and 18+ defense in football this season. Opposing offenses are 0/17 in those situations. The reward of getting the ball back with time left on the clock to cut into the 14 point deficit greatly outweighs any risk of the defense falling apart and allowing a conversion.

The bottom line is Tomlin just made a mental mistake. There’s no good reason to let the clock run. Had the Steelers not made a furious comeback, this is a moment we’d be talking about a lot more. Hopefully this type of gaffe doesn’t repeat itself in the playoffs.