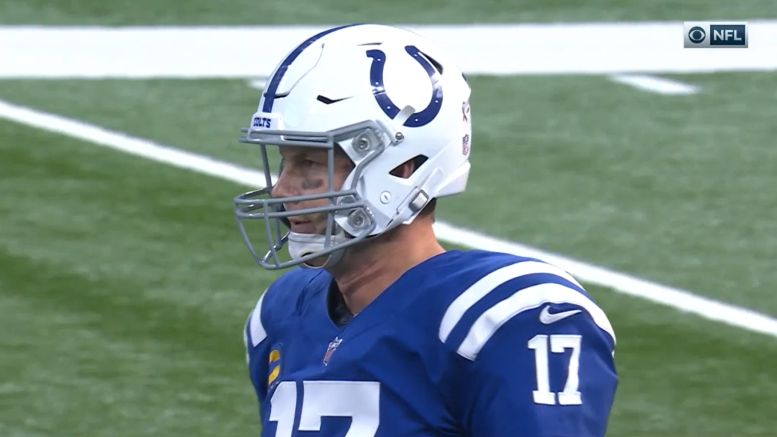 Philip Rivers is perhaps one of the greatest quarterbacks in NFL history to have not accomplished very much. He actually has a losing record in the postseason at 5-6 and has only ever advanced to the conference finals once in his first 16 seasons. He only has six total playoff appearances, meaning that he has missed the postseason 10 times.

Of course, even with the importance of the quarterback position, football remains the most team-oriented sport, and the truth is that Rivers hasn’t always been surrounded with the greatest talent—he’s even had some terrible special teams units that have hindered his ability to advance in the postseason.

Even though he is in the twilight of his career, however, he has his new team, the Indianapolis Colts, deep in the playoff hunt at 10-4 and playing at a very respectable level, particularly lately, despite playing through a toe injury, and he has the respect of the Pittsburgh Steelers defense that he is about to face.

“I think he’s a very, very, very smart quarterback. He’s been in the league a long time”, said left outside linebacker T.J. Watt, who will be looking to bring him down a couple of times in his final home game of the 2020 regular season.

“He can dissect pressure easily, so it doesn’t matter if you send eight guys, he’s gonna get the ball out really quick”, the fourth-year veteran said. “I think you kind of have to play the cat and mouse game with him a little bit. We’ll definitely pick and choose our shots”.

“The mental aspect of it is so big, especially for a quarterback who’s been able to do it for so long, being able to hit his hot routes really effectively, get the ball out, check the ball down, not always push the ball down the field, just checking it down and letting his guys go to work”.

The Colts have spread the ball a good amount this year. They have 10 different players who have recorded at least 100 total receiving yards on the season, including eight with at least 200, five of at least 300, four of at least 400, and two players over 500 yards.

As would be expected, the veteran T.Y. Hilton has been Rivers’ favorite target. He has caught 50 passes this season for 675 yards and four touchdowns, and the pair has been heating up over the past month. In the past four games, they have connected on 21 of 29 pass attempts for 348 yards and all four of their touchdowns. Prorate that over a full season and you have some impressive numbers.