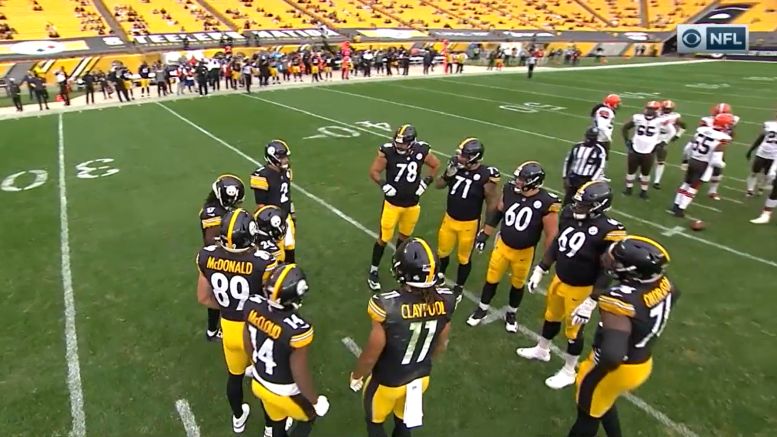 As we’ll do every week to get you ready for the upcoming game, our X Factor of the week. Sometimes it’s a player, unit, concept, or scheme. Our X Factor for tomorrow’s game against Washington Football Team.

Know we’ve harped on it since the Ravens’ game ended but Washington might have the most underrated defense in football. And certainly one of the game’s better fronts. An overlooked group, strange to say considering the pedigree they come with. First round picks all over the map. Chase Young, Jonathan Allen, Da’Ron Payne, Ryan Kerrigan, and Montez Sweat. Top picks, good athletes, lots of production. That list doesn’t even include DT Tim Settle, a former fifth round selection with a career-high five sacks this season.

It’s the reason why Washington is second in the league in sacks, despite a 4-7 record that in theory, has opposing offenses playing ahead and not throwing as often. But this front is one of the better in football and there’s a reason why pretty much everyone inside the Steelers’ organization is centering the conversation around these guys. Few teams stunt and twist their DTs/DEs as much as the Football Team. Having active eyes, good communication, and working together will be critical for the tackles/guards. You’ll see examples of that in our scouting report Monday. Especially should J.C. Hassenauer start again at center, which seems likely. A young center in charge of line calls always makes things tougher and the Ravens did an effective job blitzing away from the center slide last week.

The good news is Pittsburgh’s done a stellar job of protecting Ben Roethlisberger. He’s been sacked only ten times this year and not once over his last four games and 199 pass attempts. Tomorrow, though, will be as big a test as they have faced in some time.

And of course, they have to run the football more effectively. That’s the elephant sitting in the living room for the last two months. The challenge only gets harder against this group. Slightly moreso if the team can’t get Jerald Hawkins back to be their 6th offensive linemen versus this even, 4-3 front. Kevin Dotson missed a down block on a goal line rep in that role last Wednesday so Hawkins loss was felt there.

As a collective, this group has to be more physical, play with better hand placement, and run their feet and drive through blocks in order to sustain them. Too many guys falling off too early in their rep. Starting five need to step up Monday.