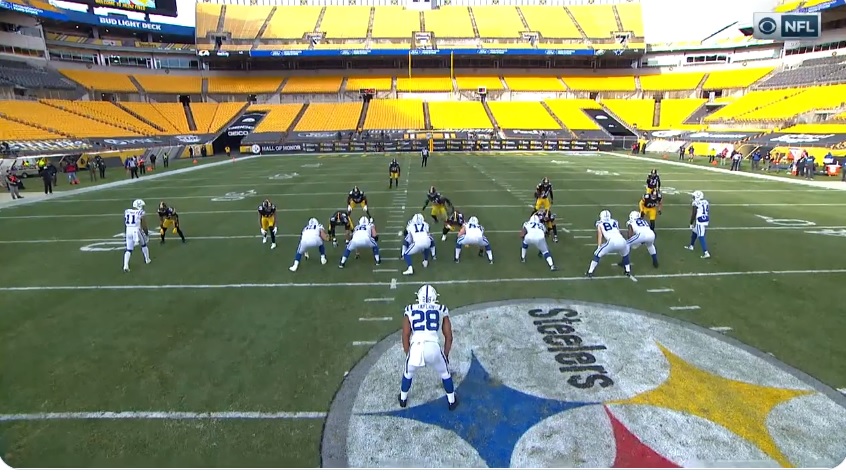 Winners and losers from the Pittsburgh Steelers’ 28-24 win over the Indianapolis Colts Sunday.

TJ Watt: Watt was a real bright spot Sunday. For the first half, he was really the Steelers’ sole source of offense, knocking the ball out of Philip Rivers’ hand that gave the Steelers the ball on the three yard line for their only score of the first half. Watt finished the game with two sacks. He needs just a half-sack to hit the 50 sack mark in his career. Watt’s second half tackle of Nyheim Hines very likely saved a TD, too. Play that won’t show up in the box scor.

Mike Hilton: Hilton showed why he’s going to be paid handsomely this offseason. Back-to-back plays in the first quarter really showed it. Blitzing run stop on second down followed by a great recovery and third down breakup the next play. He took advantage of Alex Highsmith’s pressure late in the fourth quarter, picking off Rivers’ long pass.

Diontae Johnson: Johnson had two drops on the first drive of the game. You could argue neither were great throws, and you’d be right, but plays he had to make. Like so many times though in his young career, he bounced back and finished much better than how he started. He made a fantastic, full-extension catch for a 39 yard score down the right sideline that got the Steelers’ back into the game.

Ben Roethlisberger: Roethlisberger wasn’t very good in the first half. No part of this offense (or defense, for that matter) was. But he wasn’t as mistake-prone as he was against the Bills and Bengals and really turned things on in the second half. Dimes on his TDs to Johnson and JuJu Smith-Schuster and he still ran the show almost entirely himself, barely getting any help from the run game.

Alex Highsmith: Highsmith initially showed up on the losers list here. But two crucial second half pressures get him on the winners list. The first resulted in Mike Hilton’s INT while the other came on the Colts’ final play, forcing a slightly inaccurate throw from Rivers that tipped off Zach Pascal’s hands.

Mike Tomlin: Kudos to the Steelers for ending the losing skid. But things were ugly early and the Steelers still haven’t played good enough ball heading into the playoffs.

Tomlin’s end-of-half clock management was about as bad as it’s ever been. Running clock with a minute left, Colts facing 3rd and 18, Steelers have all three timeouts. Tomlin never calls a timeout and lets a good 40 seconds roll off the clock. Pittsburgh gets the ball back with just 13 seconds left. End up not getting into scoring range, especially knowing kicker Matthew Wright had a very limited range, to end the half. That was abysmal.

Run Game: Whatever signs of life the run game saw against the Bengals were simply a mirage. The Colts’ front is a much tougher group and the Steelers regressed to their old, terrible ways. They had four yards at halftime. This team can’t run the ball – at all – and that’s not changing the rest of the season. Even Tony Romo admitted to it late in the broadcast in a funny, honest moment.

Joe Haden: Haden missed a tackle on Taylor for his one yard score. Then got beat on a post by Pascal for a 42 yard TD. Both tougher plays to make. No fun for CBs to tackle 220+ pound backs and the Steelers brought pressure that didn’t get home on the Pascal score. But those plays are still Haden’s to make. And he didn’t.

Tackling: Some really poor tackling today from a group who looked tired. Colts’ back Jonathan Taylor was able to push the pile forward again and again, keeping the Colts on schedule and finishing off possessions near the goal line. Too many guys falling off Colts’ runners who were the more physical team today. Too often a continuous theme of things.

Opening Drive Script: The Steelers have scored a touchdown on their opening possession just once in their last 31 tries. Worst number in football. That falls on everyone but primarily coaching. Randy Fichtner’s yet to cobble together a coherent looking opening script that anticipates what the defense will start out with. And the offense is floundering because of it.