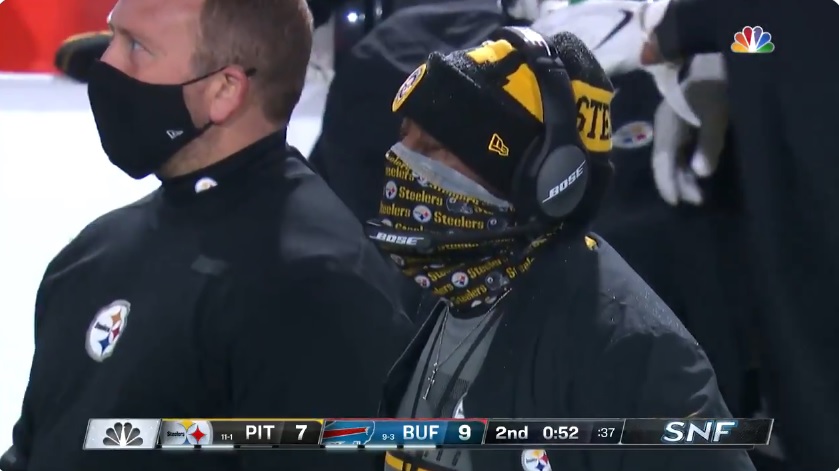 Winners and losers from the Pittsburgh Steelers’ 26-15 loss against the Buffalo Bills Sunday night.

Cam Heyward: Probably the name who shows up on this winners list more than anyone else. His bull rush was working all game and he hit Allen’s arm on Hilton’s INT. His consistency, high volume of snaps, and effort and unparalleled.

James Washington: Washington took advantage of Diontae Johnson’s first half benching. And as he tends to do, he made the most of his chances. Great snag running a skinny post/seam route to put the Steelers up in the first half. One of the few weapons on this team you can trust.

Avery Williamson: Will need closer inspection but Williamson seemed to play well overall tonight. Stayed clean in the run game, a physical tackler who plays with leverage and power. Finished the game with a team-high 11 tackles.

Diontae Johnson: Johnson forced Mike Tomlin to follow through on his mid-week threat of benching players who continued to drop the ball. Johnson dropped two in the first quarter and also ran a wrong route on the first drive. It shuttled him to the sidelines. He’s clearly going through a drop-yips right now and it’s costing the team.

Johnson slightly redeemed himself in the second half; Johnson often finishes games better than how he starts then. But short of a “Randy Moss on Thanksgiving” type bounce back, the loser’s list was inescapable.

Mike Tomlin: To an extent, it’s hard to blame Tomlin for not being more aggressive given the woeful product he’s been getting on offense the last three weeks. But he definitely had “field position, let the defense make plays” mentality tonight. Not going for it on 4th and short, even deep into Bills’ territory. And worst of all, sitting on the ball at the end of the half after Roethlisberger’s pick six. With two timeouts, no need to be so passive being down and not getting the ball back to start the half.

Ben Roethlisberger: Lot of problems with this team. Roethlisberger, tonight, was one of them. His pick six was thrown behind JuJu Smith-Schuster, his deep ball didn’t give receivers much of a chance, and he missed a couple of gimmie throws. No, drops didn’t help him but they weren’t the epidemic they were the previous two games. The Steelers are running an unsustainable offense with zero run game but Roethlisberger isn’t as sharp as he was a month ago. That much is obvious.

2nd Half Defensive Adjustments (Or Lack Of): For the second straight week, the opposition came out with a better second half plan. Defense did a great job on Josh Allen in the first half. But Keith Butler dialed up more interior blitzes coming out of the break and the DBs struggled to cover. Josh Allen was able to extend the play or get the ball out quick and let weapons like Stefon Diggs make plays in open grass.

Specifically, the rush lane integrity was poor. Allen was able to extend plays and make too many throws outside the pocket.

Kick Coverage: We warned you Bills’ return man Andre Roberts was among the best in the game. And he consistently set his team up with prime field position. Three returns for an average of 35 yards tells you he was repeatedly getting through the Steelers’ first wave in the coverage game. Pittsburgh didn’t allow any back-breaking returns but were below the line time and time again.