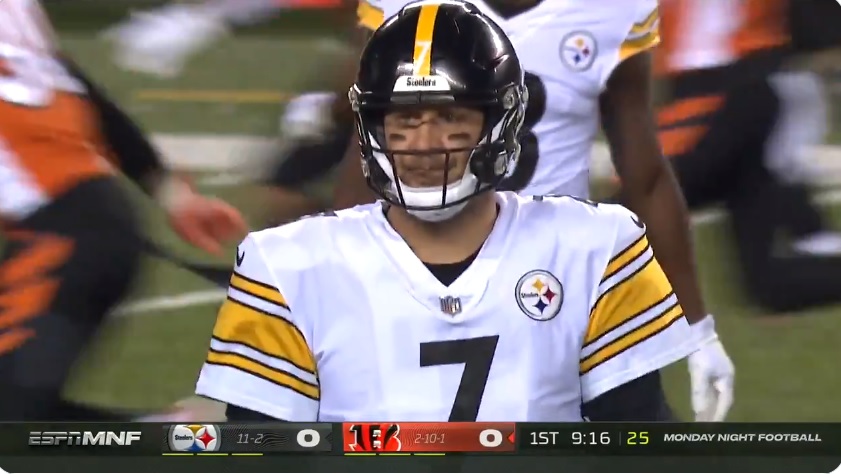 Winners and losers from the, sigh, Pittsburgh Steelers 27-17 loss against the Cincinnati Bengals.

Steven Nelson: Nelson was excellent on the outside tonight. Multiple breakups, including on third down. The Steelers’ scheme asks plenty out of their outside CBs in games against the Bengals with the focus on taking away Tyler Boyd. Nelson held up well in plenty of one-on-one coverage.

TJ Watt: Watt was his usual excellent self. Maybe even better than his normal, lofty standards. The Bengals foolishly blocked him with tight ends time and time again. Watt helped himself to a big night, finishing with four tackles, three for a loss, and a sack.

Diontae Johnson: Johnson’s missed time with some sort of cramp/pulled muscle but returned to finish out the game. He bounced back from a couple of awful performances. Great release and route on his 23 yard TD to pull the Steelers out of their first half funk. And he made a couple of tough catches underneath. Last few weeks have been a tough stretch but he’s a mentally tough kid.

Benny Snell: Snell gave Pittsburgh some resemblance of a running game they haven’t had in quite some time. 18 carries for 84 yards, a relatively robust 4.7 yards per carry, and a touchdown.

Ben Roethlisberger: Certainly better in the second half. Not that it was hard to improve. Roethlisberger had maybe the worst first half of his entire career. Poor ball placement, decision-making, and missing the deep ball (again). The passing game went nowhere and he had just 19 yards at the break. Came out firing in the second half, though still far from perfect, but Pittsburgh dug far too deep of a hole.

Joe Haden: While Nelson held up, Haden struggled. Beat on a double-move and was bailed out by an underthrown pass by Ryan Finley. And AJ Green got him for a big gain down the right sideline earlier on. Haden also missed a tackle on RB Gio Bernard for the Bengals’ first score of the game.

Alejandro Villanueva: One of his worst games of the year. Which to be fair, is a high bar considering how well he’s played throughout the season. But Carl Lawson wore him out. Looks like Villanueva allowed his first sack of the season to him and a couple more pressures.

Alex Highsmith: Early in the game, I thought Highsmith might end up on the winners list. Not so. Highsmith did generate a couple pressures early but struggled later in the game. Key moment was crashing down on Ryan Finley’s 23 yard TD, not respecting the mesh point and keying only on the back. Finley had an easy path to the end zone, taking the wind out of the sails of Pittsburgh’s comeback.