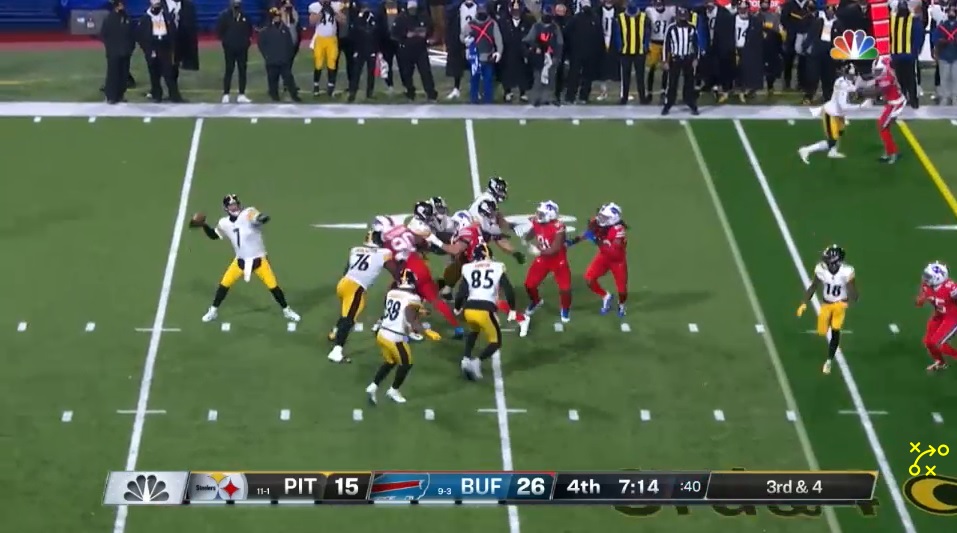 Does it seem like the Pittsburgh Steelers aren’t throwing the football deep down the field as much this season as previous ones? That seems to be the narrative floating around right now as the team prepares to play the Cincinnati Bengals on Monday night. That said, the data through the first 13 games of this season not only shows that quarterback Ben Roethlisberger is throwing the football deep down the field at right around the same rate that he was in 2018 through the same number of games, but he’s also connecting at a slightly better rate.

According to data compiled by our very own Brad Congelio, Roethlisberger has thrown 20 yards or longer down the field 53 times through the team’s first 13 games of the season. In addition to those throws, eight more of 20 yards or longer have also been attempted with all of them drawing defensive pass interference penalties. Through the first 13 games of the 2018 season, Roethlisberger attempted 61 passes of 20 yards or longer with two others also going that distance and resulting in defensive pass interference penalties.

If you factor in all of Roethlisberger’s attempts in those 13 games and include the deep ones that resulted in defensive pass interference being called, the Steelers quarterback is attempting the roughly the same percentage of deep passes this season that he did through the first 13 games of the 2018 season.

As the table of deep pass data shows below, Roethlisberger has never been consistently great at completing deep passes throughout his NFL career through the first 13 games of any one season. That last time he had a respectable deep pass completion percentage through 13 games played in a single season was in 2016. Additionally, Roethlisberger’s career average in percentage of deep passes thrown through the first 13 games of any one season is 11.8. His raw number this season to date is 10.2, but, once again, that does not include the deep pass interference plays, which I believe he should get credit for as being attempts.

In closing, Roethlisberger’s deep pass attempts through the team’s first 13 games of the season might lack by a little less than one a game. That’s not that big of discrepancy at all and certainly not close to the narrative that has been floating around the last several weeks stating that he’s lacking severely in such attempts of 20 yards or longer down the field. That’s the whole point of this post.

Now, the biggest factor moving forward into the remainder of this season is Roethlisberger’s ability to complete his deep pass attempts at a higher rate, or at the very least, draw a few more defensive pass interference penalties. He’ll also need to still attempt at a rate of around 12 percent as well. The Steelers offense needs to start delivering more splash plays per game moving forward and those are only going to come via Roethlisberger throwing deep down the field.