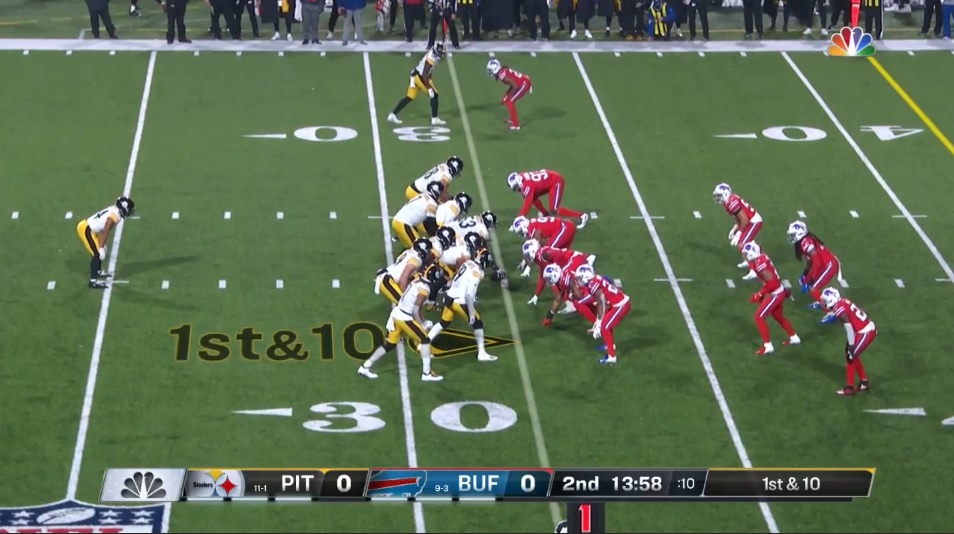 Few teams have operated out of shotgun as often as the Pittsburgh Steelers have over the past few seasons. It’s one reason why the Steelers habitually have one of the lowest playaction rates. As the offense has suffered through the last three games, Roethlisberger said he’s open to adding new elements to the gameplan. Including running more plays under center.

Roethlisberger told reporters Wednesday said he’s willing to do anything that helps the offense get back on track.

“We did a series or two of kind of no-huddle under center runs,” he said about the gameplan against Buffalo. “We ran a couple left and rights, some things like that. We had a little bit of success, not probably as much as we would have liked. I’m all for it. I think that’s a great mix-up you can do. If it helps, then absolutely why not. I’ll do whatever we need to do to help win.”

Against the Bills, Pittsburgh ran eight plays from under center. Six of those were runs, averaging 2.7 yards per carry. The two passes were successful. Both completed to JuJu Smith-Schuster for gains of eight and 20.

For the season, the Steelers have run 180 plays – 21.0% – under center. That is slightly down from last season, albeit a year largely without Roethlisberger, which stood at 24.1%. Here are the under center rates for the past five seasons.

There’s a noticeable dip after the 2017 season. The Steelers have never outright confirmed why they aren’t under center as often. One conventional thought has been Roethlisberger’s preference not to. A lack of mobility in his older age has made getting away from center more difficult and the general thought QBs prefer to work from the shotgun. Easier field of vision, never having to turn your back to a defense on playaction, never having to combine getting away from center while trying to read a defense post-snap.

But Roethlisberger’s comments at least speak to an openness and willingness to do it. Will that solve all the team’s problems? Almost certainly not. Working under center isn’t going to stop receivers from dropping passes or the o-line losing blocks. It could help the run game with a more downhill run style, that’s why Pittsburgh has slightly used more pistol this season.

Despite his answer, it’s improbable the team will return to working under center much in the Roethlisberger era. That’s a reality most fans have gotten used to.