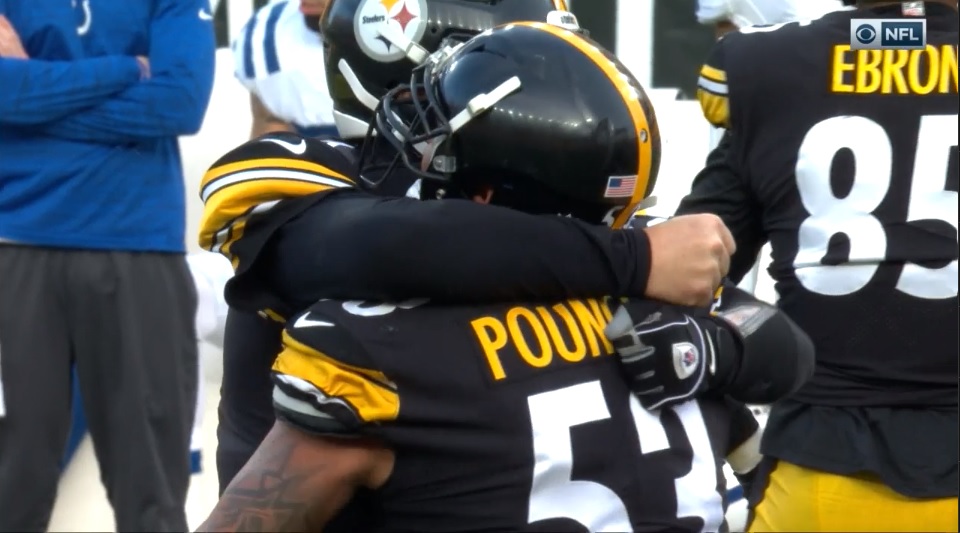 It’s not fun to lose. Not fun to lose three games in a row. But to stop the losing streak, Ben Roethlisberger told his team to do the one thing they probably didn’t feel like doing being down 21-7 at halftime. Smile and have fun.

Roethlisberger told reporters after the game the message he conveyed to the group at halftime.

“I think that we always need to have fun playing this game. We need to understand that we have God given abilities. And we’re so thankful that he’s blessed us with the ability to do those things and to play football. So it just felt like we weren’t having fun. And so I think it was super important that we were able to come out in the second half. It’s not easy to do when you’re losing, but we just believe in each other and we able to get it done.”

Whatever exactly Roethlisberger said worked. Pittsburgh rallied from 17 points down, tied for the largest comeback in the Mike Tomlin era, with Roethlisberger throwing all three of his TDs in the second half. Here’s the difference between his first and second halves.

Also speaking to reporters, JuJu Smith-Schuster said Roethlisberger’s words had a real impact on the locker room. A group, remember, that’s awfully young. 25 players who’ve never been in the postseason before and are surely feeling the pressure of the losing streak followed up by a terrible half of football.

JuJu: "The first half there was no energy there; everyone was just going with the flow."

Said Ben and Pouncey talked to the team at halftime. Different team in 2nd half.

Towards the end of his press conference, Roethlisberger did add it wasn’t entirely 80s movies, “Win One For The Gipper” type speeches. There was a focus on X’s and O’s too. He specifically cited a first half incompletion to Diontae Johnson.

“We’re just a little bit off and it’s something we talked about a halftime. I actually got on the board and drew it up and showed him what I was wanting him to do.”

Roethlisberger said that failed first half incompletion was similar to the playcall and route on Johnson’s second half touchdown. As Mike Tomlin noted, the difference between success and failure in this league is small. Pittsburgh stormed back with better execution and a smile on their face. Now, they’ll get the night to wear their “hats and T-shirts” as Tomlin loves to frame it, and go to bed happy.