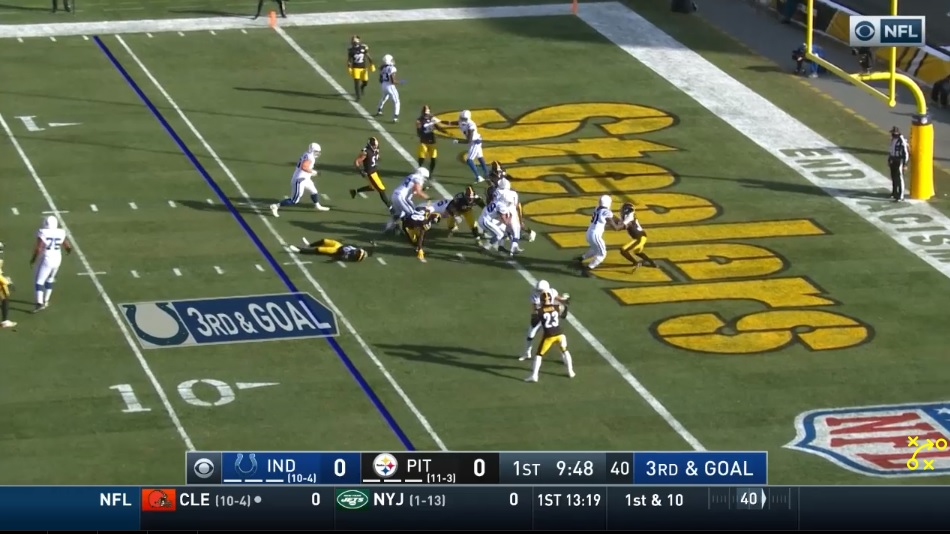 While it’s nice to be talking about a win for the first time in three weeks, it’s hard to overlook a season-worst performance by the Pittsburgh Steelers in the tackling department against the Indianapolis Colts at Heinz Field.

Let’s take a look at the missed tackles report from Sunday’s 28-24 win.

Three new faces cracked the missed tackles report on Sunday in Tegray Scales, Cassius Marsh and Derek Watt, but the real concern coming out of Sunday’s win was the performance by Vince Williams, who missed a team-high three tackles defensively in his return from the COVID-19 list.

I don’t know if the virus affected his play on Sunday, but he was pretty rough in the tackling department, as was Cam Sutton, who missed both tackles on the first Colts’ drive of the game, leading to Jonathan Taylor’s game-opening touchdown.

Let’s take a look at some of the worst missed tackles from Sunday.

On the third offensive snap of the game for Indianapolis, Phillip Rivers found Michael Pittman on a short crossing route over the middle.

The quick throw led to a miss from Cam Sutton, before Steven Nelson then tried to recover and missed, bouncing off of Pittman’s strong lower half. Fortunately for the Steelers, Terrell Edmunds is there to clean up the mess, holding Pittman to a 26-yard gain.

This was a good call by Rivers to check into the draw play deep in Pittsburgh’s end with Taylor.

Sutton comes in clean on the blitz to get a shot at Taylor, but he whiffs badly. Then there’s Mike Hilton, how also whiffs, allowing the Colts’ rookie running back to walk into the end zone for a 7-0 lead.

I’d like to see better effort there from two key defensive backs. I’m sure Mike Tomlin and Keith Butler would say the same thing.

This was a difficult one to judge for me, specifically with Vince Williams.

The Steelers call their traditional Cross Dog blitz with Williams and Avery Williamson against a run call here from the Colts. It’s well designed and well-timed, leaving Williams free to rush Taylor and Rivers.

I did give Terrell Edmunds a miss though. That whiff in the hole on Taylor looked like early-career Edmunds. I have to give credit where it’s due though: that’s a terrific move in the hole by Taylor to avoid a tackle and pick up the first down.

For the second straight week, Joe Haden came up small on the goal line against the run.

Haden does a good job closing down against the offensive line, but he comes up small and soft against Taylor at the goal line. It doesn’t help that Williams also misses in tight. Taylor is a powerful back, but that’s a matchup I’d want at the goal line if I’m the Steelers.

Once Haden and Williams miss, Taylor is an easy walk-in to the end zone. Minkah Fitzpatrick does his best to try and slow him up, but at that point it’s too late.

The Colts did a great job blocking this up, giving Taylor a lane to the second level. I liked the way Fitzpatrick comes downhill to fill the lane, but he has to finish this play in the hole against Taylor.