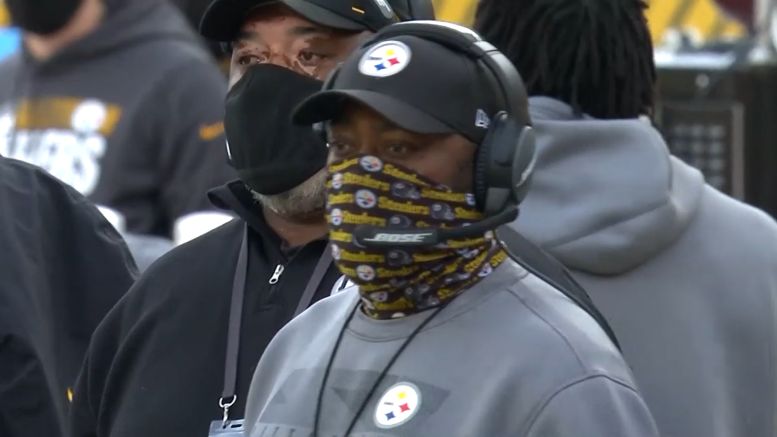 One of the favorite pastimes of Pittsburgh Steelers fans is criticizing the clock management of head coach Mike Tomlin. By and large, that hasn’t been an issue this year—in fact, I can’t recall a time at any point this season in which it has really been discussed—but there was an incident just before halftime in Sunday’s game against the Indianapolis Colts.

In spite of the fact that the Steelers had all three of their timeouts after recording a tackle to set up 3rd and 18 for the Colts within the final minute of the first half, Indianapolis deep in their own territory, Tomlin did not call a timeout at the end of the second-down play.

Instead, Colts quarterback Philip Rivers looked to run a hurry-up play, running up to the line, only to stand there and drain the clock—a veteran move designed to coax coaches to swallow that timeout and allow them to run the clock.

The 2nd-and-20 play was run with 1:10 remaining from the Colts’ nine-yard line, on which running back Nyheim Hines picked up two yards. Tomlin could have used his first timeout of the half with just over a minute remaining and would have still had timeouts.

But he thought Rivers was going to run a quick play—on 3rd and 18—and even after it became obvious that it was a dupe designed to purposely coax him into not using the timeout, he still chose not to use it at all until after the play was run, the ball ultimately being snapped with 26 seconds to play.

Tomlin finally called the timeout with 22 seconds to play, and following a 42-yard punt that took eight seconds, the Steelers had 14 seconds to try to go 57 yards with two timeouts. Needless to say, they did not get on the board, with the Colts getting the ball at halftime.

Ben Roethlisberger tried to connect on a deep ball out of the gate, throwing incomplete to Diontae Johnson. He found JuJu Smith-Schuster for 17 yards to get down to the Colts’ 40-yard line, but by the time they called their second timeout, there were just two seconds remaining.

Rather than attempt a 58-yard field goal attempt with Matthew Wright, with Chris Boswell unavailable for the game due to an injury, they attempted to run an intermediate play, Roethlisberger finding Smith-Schuster for 22 yards. He fumbled upon being hit, with Johnson recovering and returning it for another four yards as the half expired.

Even after initially being fooled into not taking the timeout right away, Tomlin could have and should have called the timeout at any point after that when it became glaringly obvious that Rivers never had any intention of running the play until the play clock was run out.

In spite of the mental flub, and their failure to put points on the board before the end of the half, the Steelers would still find a way to come from behind from 17 points down and pull out the win—which is surely the only reason Tomlin wasn’t asked about this after the game.