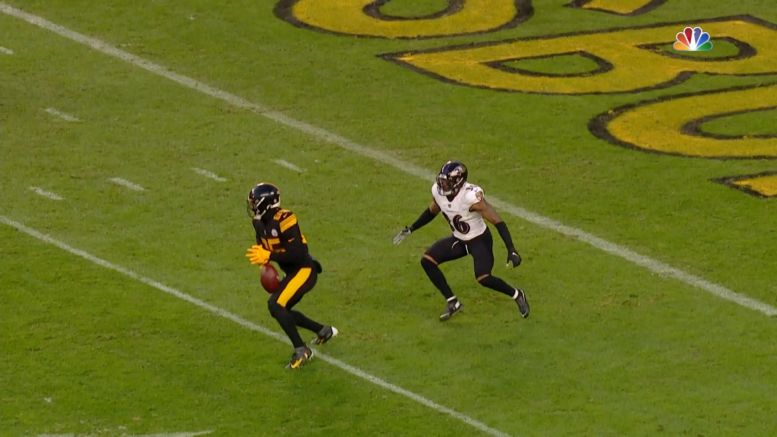 Pittsburgh Steelers head coach Mike Tomlin’s reaction to his team’s victory yesterday could be described as something less than thrilled. In a game in which the offense only scored 13 points and the Baltimore Ravens were missing more than a dozen players, including numerous essential starters, it’s not hard to see why.

“To be bluntly honest, I’m really disappointed in our performance tonight”, he said at the outset of his post-game remarks. “It was really junior varsity to be quite honest with you, on all three phases”. After citing numerous examples, he summed it up by concluding that “not a lot happened tonight to be proud of or to be excited about”.

It was about as blunt and brutal an assessment as I can recall hearing from Tomlin, and yet he was far from fatalistic about where the team stands—after all, they are 11-0 and in the driver’s seat for having the top seed in the conference. He also wasn’t down on being able to turn things around on a short week.

“We don’t have to reinvent the wheel”, he said about fixing the mistakes ahead of Monday’s game against the Washington Football Team. “It’s not some transformational thing that needs to transpire. We got to coach better and play better when we get inside the bowl. I expect our group to do that Monday night, Monday evening, whenever it is that we play”.

The Steelers have not been a turnover-prone nor drop-prone team, by and large, so I have no reason to anticipate that these aberrations will turn into patterns. Drops will happen, of course, and you want to see more plays being finished—you also want to see Ben Roethlisberger throwing interceptions in the end zone. But this is a team that will perform much cleaner the next time it’s on the field.

Of course, this game was supposed to be played a week ago today, only to see it get delayed three times. As a result of those delays, they will now be playing Washington on a short week, that game scheduled for Monday. The short turnaround doesn’t help their preparation, but perhaps it gives them the opportunity to get the bad taste out of their mouths sooner.