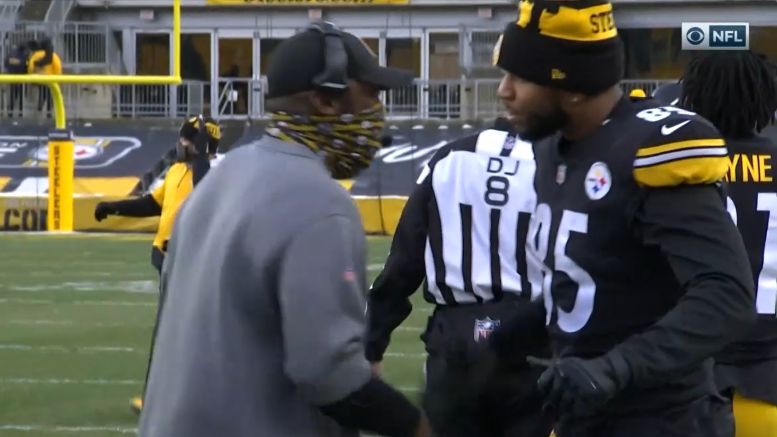 The Pittsburgh Steelers won 11 games in a row at the start of the 2020 season and were looking like very legitimate contender to secure the number one seed. Even though they had had their warts, as all teams do, they seemed to be a unit able to make up the difference where and when it counted.

Then they hit the skids, beginning with a rather unconvincing one-score victory over a very depleted Baltimore Ravens team playing without something like a dozen players, including a large number of Pro Bowl starters, due to Covid-19.

While they won that game, it was the start of a trend of anemic offense and defensive breakdowns, leading to a three-game skid that not only made it next to impossible for them to get that playoff bye, but which even kept the AFC North in the running.

In spite of it seeming like very long odds of their actually not winning the division, the Steelers and Cleveland Browns both entered today’s games in contention. Pittsburgh would play a 10-4 Indianapolis Colts team on a hot streak. Cleveland would play a one-win New York Jets team. If the Steelers lost and Browns won, the season finale between the two teams would decide the division.

The opposite results happened, and head coach Mike Tomlin was finally able to exhale at around 4:15 PM or so, clinching the victory, and the division, and ending one of the most frustrating slides in recent team history.

“Victory is sweet. It’s been a month or so for us”, Tomlin said during his post-game press conference just a short while ago. “We’ve got some big battles ahead, but today, we’re humbled and honored to be AFC North Champs”.

The 154h-year head coach was handed some division championship gear while sitting there, which is now his seventh since arriving in Pittsburgh, but first since 2017—and first playoff appearance since then—and you could sense the relief.

“We’re excited about the hats and t-shirts. We’ve been waiting to put them on for a few weeks now”, he said of the energy and atmosphere in the locker room. “It’s a lot of excitement in there and rightfully so. They’ve earned that”.

The Steelers are now 12-3 despite the three-game skid, and with a win over the Browns in the finale, could match the best record under Mike Tomlin at 13-3. Of course, the last time they were 13-3, they were one-and-done in the postseason in 2017.