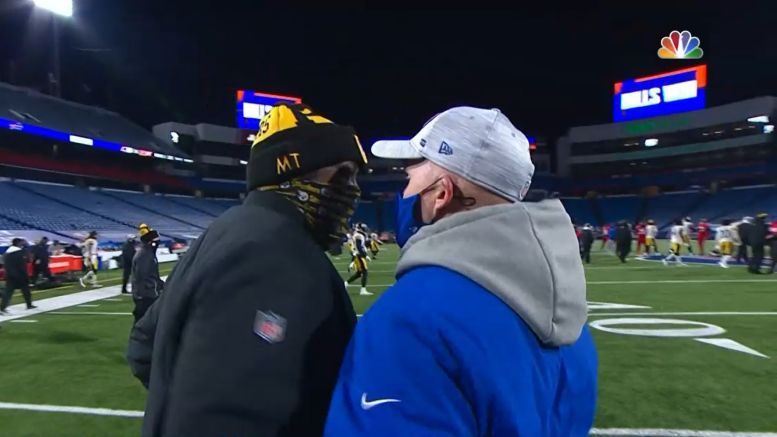 The Pittsburgh Steelers are licking their wounds following a frustrating loss last night against the Buffalo Bills. Making matters worse is the fact that this is their second loss in as many weeks, and it’s also the third week in a row in which they basically have not played very well.

Even though they are still 11-2, have already secured a spot in the playoffs, and are still in the driver’s seat to win the AFC North—and possibly to hold the second seed in the AFC as well, now that the Kansas City Chiefs have taken over the top spot—there are very real and concerning questions about how successful this team can be moving forward.

Most of those questions are on offense, in spite of the fact that there are mounting injuries on the defensive side of the ball, with the linebacker position in particular being depleted. But for an offense that is predicated on the short passing game, defenses are learning how to defend it, and the result is that they have been held to 17 or fewer points in three consecutive games.

Each of those games have come with some complications in one form or another due to scheduling issues, mind you. The game against the Baltimore Ravens was postponed three times for a total of six days before it was ultimately played. Their next game came after just five days of rest because it was also pushed back, when it was supposed to be a mini-bye week. Last night’s loss to the Bills was also on a short week, though that was also true for Buffalo, who like Pittsburgh, played on Monday last week.

No matter what the reason, the Steelers offense is simply out of sync. They can’t run the ball. They can’t connect on deep passes. They are dropping the ball. And now defenses are doing a better job of playing aggressively on the short passes and tackling the catch, taking away critical YAC that the system depends on.

Can they get things corrected in time for their next game against the Cincinnati Bengals, which is on Monday night next week? They have an extra day, and at least for the time being, there are no known future days coming up, so they can finally have a predictable extended work week.

Head coach Mike Tomlin was asked about this after the game, as to whether or not they can fix things on offense in time for their next game. He just gave a one-word response to the question, simply saying that, yes, they can.

But can they? Would any coach in that same position say that, no, they won’t have enough time to fix the offense by their next game, and that, thus, they are going to struggle and may well continue to lose because of it? probably not.