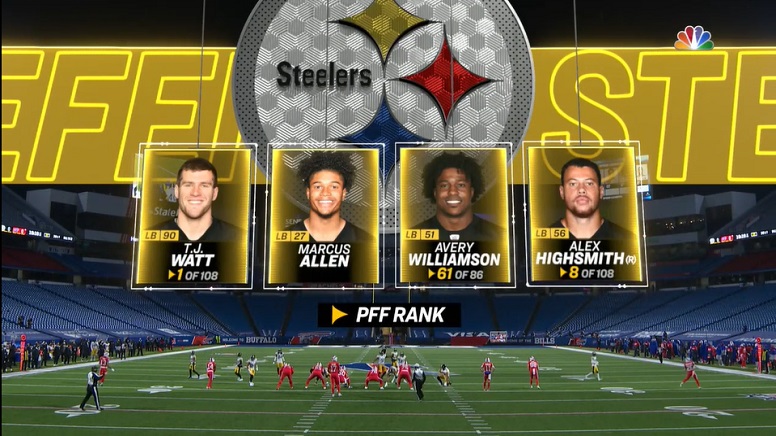 The Pittsburgh Steelers had a unique set of starting inside linebackers Sunday night against the Buffalo Bills as Avery Williamson and Marcus Allen were both forced into considerable playing time due to Vince Williams and Robert Spillane both missing the contest due to COVID-19 and a knee injury, respectively. While Steelers ultimately lost that road game to the Bills, both Williamson and Allen seemed to play reasonably well.

On Tuesday, Steelers head coach Mike Tomlin commented on the Sunday night play and contributions made by both Williamson and Allen during his weekly press conference.

“I liked some of the efforts that we saw particularly at the inside linebacker position,” Tomlin said on Tuesday. “Can’t say enough about a guy like Marcus Allen, who’s new to the position, who’s new to the number of snaps he had and getting the type of effort that we got from him, for example.”

Allen, who made the move from safety to inside linebacker this season, played 56 of a possible 75 total defensive snaps Sunday night against the Bills on his way to registering eight total tackles in the contest. His snap count and tackle stats were both career highs for the Penn State product, who also logged an additional 14 special team snaps against Buffalo. In case you’re curious, Pro Football Focus gave Allen a grade of 61.9 for his play against the Bills and credited him with a missed tackle and four stops.

Williamson, who played 67 defensive snaps against the Bills, finished the Sunday night game with a team-high 11 total tackles, of which nine were credited as being of the solo variety. As part of PFF giving him a game grade of 51, like Allen, Williamson was credited with being in on four stops Sunday night.

Will Williamson and Allen both see a lot of playing time in the Steelers Week 15 Monday night road game against the Cincinnati Bengals? It’s quite possible because Williams remains on the team’s Reserve/COVID-19 list as of the time of this post and Spillane remains out at least a few more weeks on the Reserve/Injured list with his knee injury. Should Williams come off the COVID-19 list this week and ultimately be cleared to play against the Bengals, Williamson is still likely to be the one to start alongside of him and possibly wear the communication helmet once again.

As for Allen this coming Monday night, if Williams ultimately suits up and plays against the Bengals, Allen’s defensive snap count is sure to go back to what it was prior to Sunday night. He might see some snaps in a dime package and that will likely be it, barring in-game injuries happening.