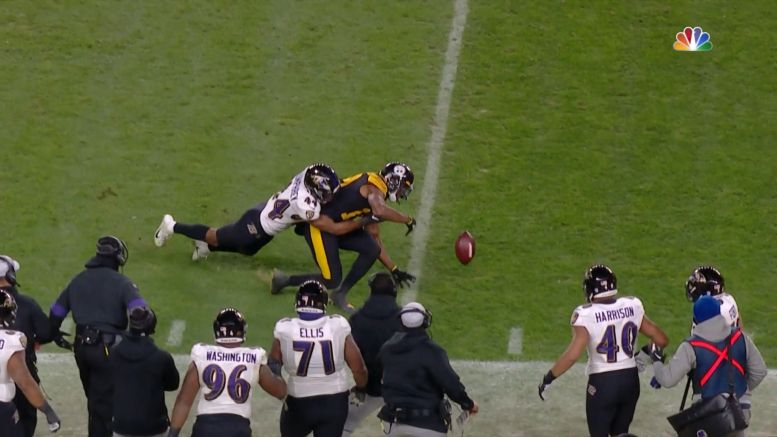 It’s never ideal when you have two prominent players sending out contradictory messages, but that’s the nature of individualism. It was interesting to see in the Pittsburgh Steelers’ reaction to yesterday’s uncomfortably close win over a very beat-up Baltimore Ravens team, with two of their most significant stars, linebacker T.J. Watt and wide receiver JuJu Smith-Schuster, kind of saying the opposite things.

When asked if he felt that the team kind of overlooked the Ravens, being down so many of their starters, including numerous Pro Bowlers, Watt rejected the idea outright. “Obviously, we did not overlook them”, he said. “Everybody out there is paid to be a professional football player. There are no walk-ons here and we just got to start faster. We got to play better”.

Needless to say, this is what head coach Mike Tomlin would want to hear. But people are speaking through their personal perceptions here, and Smith-Schuster had a bit of a different take, even if he was arguably feeding off of Tomlin’s post-game remarks.

“We played like the JV”, he said, echoing Tomlin’s comments that the Steelers played junior varsity football. “You know, we played down to their level. They came out with a JV squad and we were playing JV and we didn’t come out and execute and play the way we wanted to play. And as you could see, it was a close game, which shouldn’t have happened”.

Tomlin would probably not be thrilled to hear Smith-Schuster refer to the Ravens’ roster that was out on the field yesterday as junior varsity—even though it was a lineup filled with backups in many areas—and especially in saying that they ‘played down to their level’.

But it is what it is, and as I mentioned, it’s not the first time that a player on the roster has ever acknowledged having a similar feeling. Right guard David DeCastro said something to this effect a year or two ago following a frustrating loss.

This, of course, was after a win, and in fact the Steelers haven’t lost a game in more than 11 months now. They are far from perfect, and the loss of Bud Dupree just made them worse. They still have some tough games between now and the end of the season, including three teams with 7-4 records or better—all currently projected to be in the postseason.

I say this with a knowing irony, given that I’m writing about it myself right now, but I certainly don’t expect this remark to blow up or draw much attention beyond our community. Most fans will agree with what he said, and be glad for it. But it won’t become one of those topics where people will be asked about it over and over.