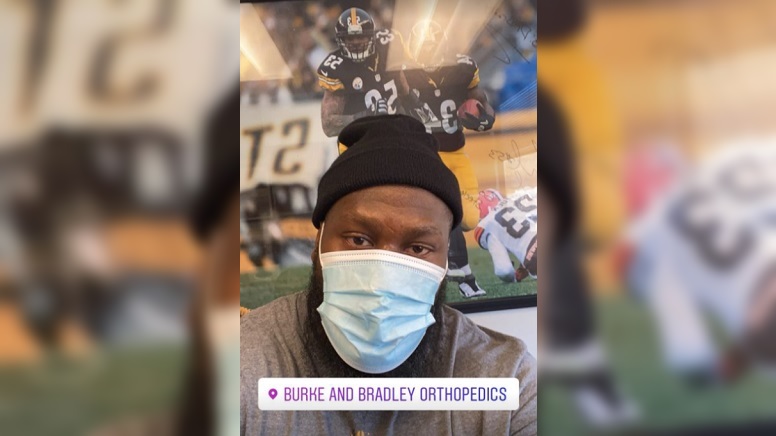 James Harrison is either trolling Steelers’ Nation or 2020 is about to get a whole lot wilder. Harrison posted photos and videos to his Instagram account, showing him at Burke and Bradley’s Orthopedics in Pittsburgh PA. Specifically, he’s getting looked at by Dr. James Bradley. The same Dr. Bradley who is the Steelers’ top orthopedic doctor. One day after Bud Dupree tore his ACL.

In the short clip, Harrison says “Dr. Bradley checking the leg out. Gotta see if this is going to work.”

James Harrison getting that knee checked out on IG #Steelers pic.twitter.com/gLWjz8ZTa4

Harrison isn’t at the team facility, which would be a sure sign of him returning, but it may not be possible for him to be at the UPMC Rooney Sports Complex right now given the COVID restrictions. So going off-site to Bradley’s practice makes a lot of sense.

Harrison turned 42 years old this past May and last played in 2017 with the New England Patriots after forcing his way out of Pittsburgh. But he’s continued to stay in tremendous shape since his last snap and certainly doesn’t look like most 42 year olds out there. He’s the team’s current sack leader with 80.5, making five Pro Bowls, two All-Pro teams, and earning a pair of Super Bowl rings with the black and gold.

There’s no question his time in Pittsburgh ended on a sour note and he hasn’t been afraid to take shots at Mike Tomlin ever since. But if the Steelers are desperate for some pass rush help after losing Bud Dupree and looking for someone who still knows their system, Harrison could theoretically be an option.

Of course, Harrison could just be messing with Steelers’ fans. The team has valid in-house options to replace Dupree. Namely, rookie third round pick Alex Highsmith, who has played well this season. Mike Tomlin’s weekly presser conference is at the top of the hour. We’ll see if anyone asks about a reunion with Deebo.