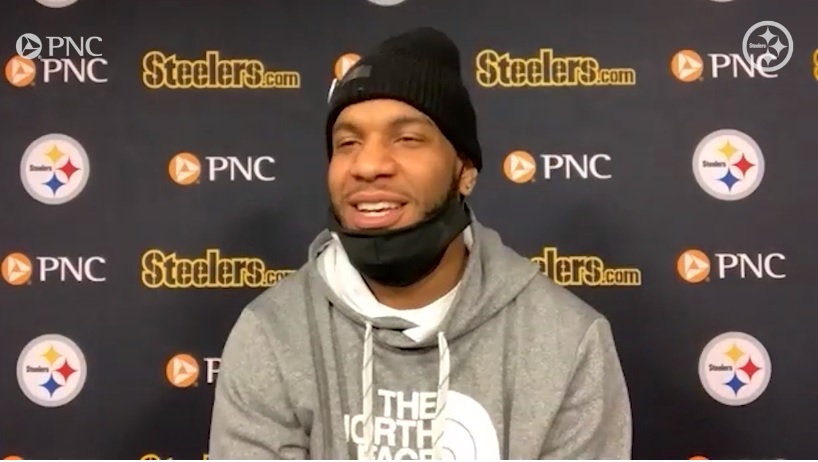 Eric Ebron is someone who wears his emotions on his sleeve. There wasn’t any dancing around how badly he wanted to beat his former team Sunday afternoon. Down 21-7 at halftime, Ebron said all he could think about was storming back to beat the Colts.

“I was more angry than anything because we were losing to Indianapolis,” he told reporters via Steelers.com. “And I did not want to lose to Indianapolis.”

Ebron was so focused he admitted he didn’t quite hear Ben Roethlisberger and Maurkice Pouncey’s halftime message of staying positive and having fun.

“Whatever speech, whatever people were harping upon, I was zoned out. Pouncey was one of the more vocal people in the locker room. He just wanted us to have fun. We were in this funk. And we’ve been in this funk. When you lose your swag, it’s hard to get it back. We lost who we were, we lost our identity, and somehow, someway we found it.”

Ebron was one of the reasons why the Steelers’ offense bounced back in the second half. His five yard TD cut the Colts’ lead to just three. He finished the day with five receptions for 47 yards and a touchdown. In the Kevin Colbert era, he joins Heath Miller as the only Steelers’ tight ends to record 5+ touchdowns in a season.

He signed with the Steelers this winter after an unceremonious end with the Colts. After tearing it up in 2018 with them, catching 13 touchdowns, he battled injuries in 2019 and was limited to just 11 games. He went on IR with an ankle injury late in the season and received plenty of public criticism, some believing Ebron gave up on a season that was going nowhere. That sour ending created a big chip on his shoulder Sunday.

His season has been as-advertised. Ups and downs but nothing new or surprising about his game. Ebron’s made big plays as a receiver, serving as a red zone target for Ben Roethlisberger. All five of his scores this season have come at or inside the opponent’s 20. Despite admirable effort, his blocking has been poor and drops have reared their ugly head during the Steelers’ losing streak. But all of that was known about his game before ever playing a down with the team.

Now that Ebron says the Steelers have their swag back, he hopes they keep it for the rest of the season.

“Once you get it back, I hope you don’t lose it again. Hopefully we don’t lose it again. Hopefully we understand we can play football. We can stop overthinking and letting everybody else affect the way we think or the way we play the game. For us, a group with a lot of young, talented guys, things like that can affect you. It’s good to see our young people fighting. Move out of the funk and get their swagger back.”