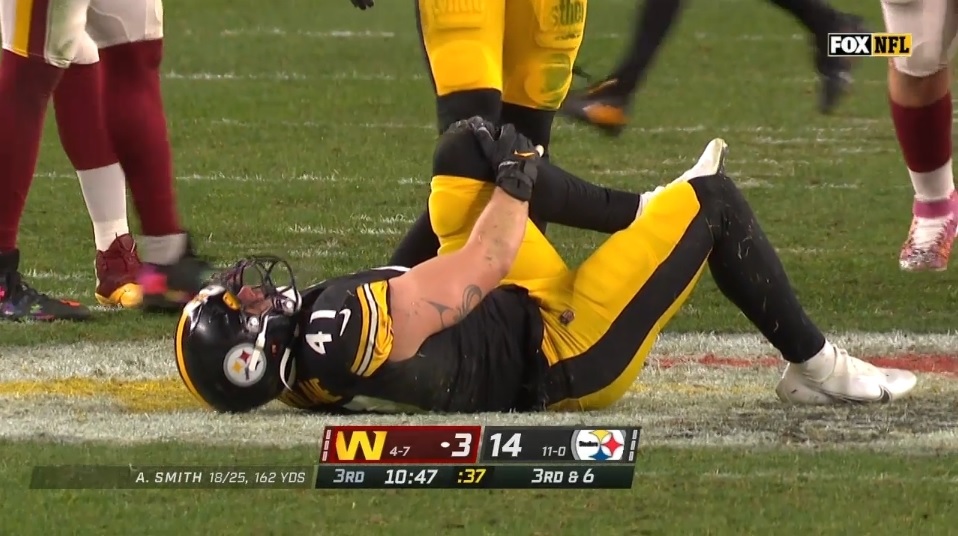 The Pittsburgh Steelers are expected to lose another linebacker due to a knee injury, according to ESPN’s Jeremy Fowler. The good news is Robert Spillane’s injury isn’t expected to be season-ending though he’s likely to miss time. Fowler tweeted the report earlier Tuesday morning.

Steelers have more injury concerns at linebacker: Robert Spillane is expected to miss time on a knee injury suffered during the Washington game, per source. But surgery won't be needed and he should be able to return this season.

Spillane suffered the injury early in the third quarter after colliding with Vince Williams on a blitz.

Avery Williamson replaced Spillane in the lineup and is expected to do so for whatever time Spillane is out for. That leaves the team with essentially no depth at the position. The next alternative may be to turn to Marcus Allen, a former SS who plays an ILB role in dime packages. Williamson led the Steelers with nine tackles yesterday, including one for a loss. He’ll pair next to Vince Williams, who presumably will take over as the team’s signal caller with Spillane out.

Spillane finished Monday’s game with three tackles and one sack. He became next man up after Devin Bush suffered a season-ending ACL tear earlier in the year.