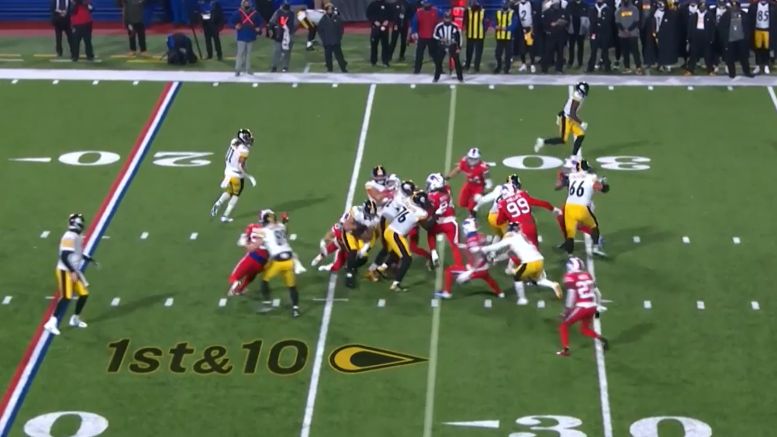 Topic Statement: The run game cannot be fixed this season.

Explanation: This is probably the topic most Steelers fans are transfixed on right now. The Steelers have become perhaps the most one-dimensional offense in the league because of their inability to have much success running the ball, and many believe it’s the reason the offense is struggling.

Regardless of the question of whether or not the lack of rushing success is the reason that the offense as a whole is not having success, the plain and simple reality is that the running game as it is currently formulated cannot be fixed in 2020. There is not enough time to coach their way out of this, nor is the personnel involved sufficiently talented enough to suddenly turn it around.

That is not to say that they might not have a solid rushing game here and there, maybe cracking 100 yards on the ground in total and approaching about four yards per carry. But taken as a whole, the running game completely lacks consistency.

The tight ends are not good enough blockers, and Eric Ebron is being asked to do too much in this area. The offensive line is completely out of sync, missing blocks and running into each other. Not even James Conner is making his own yards anymore.

The Steelers have the same personnel available to them, now minus Matt Feiler, that they did when they had success running the ball in the first five games of the season. And they did play some good defenses during that time.

So there is no reason to believe that it’s not possible for them to return the running game into some level of respectability. Having Conner and Maurkice Pouncey back should help. Conner certainly didn’t look like he was fully recovered in terms of conditioning from his bout with Covid-19.

Having Conner back in shape and back at the top of the depth chart would return the rest of the running back room into roles they are more suited for. Although Anthony McFarland was inactive last week, he can still be a part of the solution.