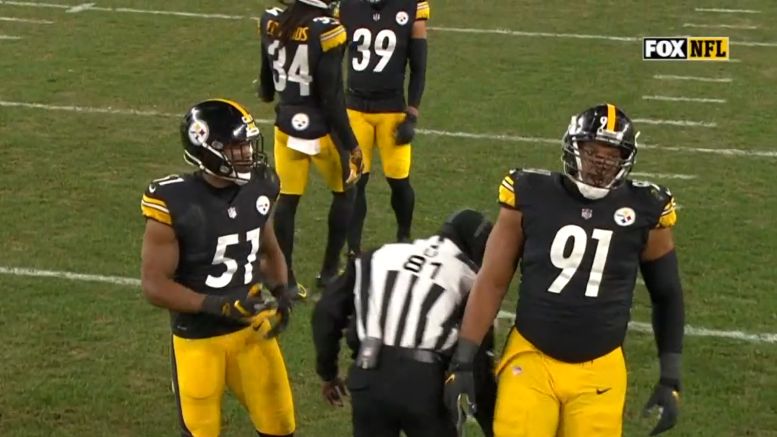 Avery Williamson has been with the Pittsburgh Steelers for five games now, and has played in four of them. He has logged more than 20 snaps in each of the past two, but his most extensive and meaningful playing time came on Monday against the Washington Football Team, as they had no choice but to call upon him once Robert Spillane went down with a knee injury.

Spillane himself was already an injury replacement, starting for Devin Bush, who suffered a torn ACL several games back. With the former now sidelined for a game or more due to a knee injury of his own, Williamson will have to play a starting role.

It’s not unfamiliar territory for him, of course. He has logged well over 4000 defensive snaps over the course of his career, including more than 1000 snaps during the 2018 season for the New York Jets, before missing all of 2019 due to a torn ACL of his own.

Williamson logged over 350 snaps in seven games for the Jets this year before being acquired via trade by the Steelers, and his 38 snaps in this past game represents a large percentage of his playing time in the black and gold. He offered an assessment of his performance while appearing on The Fan on Tuesday.

“I felt like I did pretty good. Just there was a few plays I wish I could get back”, he said. “That just comes with repetition and practice and stuff like that. I’m definitely gonna get a lot more practice this week, so I’ll have a lot more opportunities to correct those mistakes”.

“I feel like I flew around, I felt like I was playing fast, and that’s the main thing”, he added. “Still you have a little bit of confusion out there, but I feel like once I’m really locked in on things, it’s just gonna make me play even faster. As long as I’m doing this team a good service, that’s all that matters, making sure I’m giving this team a chance to win”.

He mentioned multiple times that there were some plays that he wanted to have back, and that he feels he will correct those mistakes with more practice time and more playing time. “At the end of the day, you can’t dwell on it too long. You’ve just got to make sure you go back and do extra studying and try not to make those mistakes again”.

A seventh-year veteran, he is also no stranger to the odd avenues a season or a career path can take due to things outside of your control, including this most recent trade and his being reduced to being depth for a Super Bowl-caliber team.

“This is my seventh year, so I know how freaky things can happen. That’s how I got my opportunity”, he said. “The starting linebacker tore his pec the fourth play of the game. That’s how I got my shot. So you just never know how things can happen. It’s just a long season, so you’ve just always got to be prepared, and I’m glad that I was studying hard and trying to learn the defense. You just never know when you’re gonna get your shot, so just glad that I could help out as much as I could”.

Depending on how much time Spillane misses, Williamson may quickly double or triple his snap count in the black and gold over the course of the next couple of weeks. He knows that he must show improvement in his performance over that time.