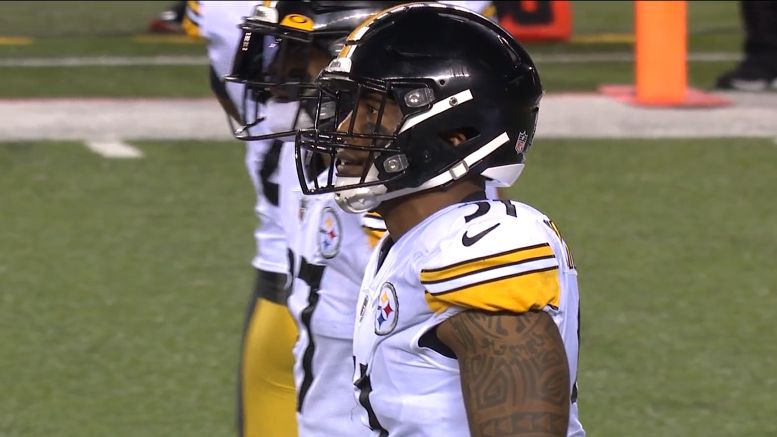 There is never a shortage of theories as to why a team is losing when they are in a rut, as the Pittsburgh Steelers find themselves in. whether legitimate or invented, you can find just about any justification you might look for in explaining why they are not winning.

It’s the lack of motivation, the absence of the desire to win. This is the most odious and objectionable and the least substantiated criticism you’ll find, and you will indeed find it—you won’t even have to look hard. There are many out there who believe important members on this team have no particular interest in winning.

Not so, according to at least one man in the locker room, Avery Williamson, who took to The Fan yesterday to talk about, among other things, the tone in the locker room after the Steelers dropped Monday night’s game to the Cincinnati Bengals.

“We’re definitely upset. We were really looking forward to winning the division yesterday, and we’re just kind of in shock that we didn’t achieve that. You’ve just got to take it on the chin. We got beat”, he said.

“The biggest thing is just upset, frustrated mentally”, he went on. “Coming off a three-game losing streak, you definitely feel frustration. The good thing is we still have a chance to clinch, and we’ve got to come handle our business tomorrow and the rest of the week and be ready to come out and play a good Indianapolis Colts team”.

Of course, football is a game in which you have to have a short memory, whether it’s on a play-to-play or week-to-week basis. If you give up a play, or make a big play, it doesn’t matter on the next snap. If you win or lose a game, it doesn’t matter to the next team on the schedule. And so you move on. But you still remember.

“Guys definitely care. Everybody was looking forward to getting in that locker room and celebrating”, Williamson said. “We’re definitely upset. I was really frustrated, just thinking what could I have done more. Even today, you’re still upset, pissed off about it. But you have to forget about it by tomorrow and just move on from it. But guys are definitely upset. We know we’ve got a lot on the table, and we want to accomplish those goals, so for us to lose that game was definitely tough”.

Williamson has never been a part of a division winner throughout his seven-year career, including two second-place finishes while with the Tennessee Titans. You know he wants to experience it. He has been far too familiar with losing. He’s just getting used to the winning, and doesn’t want to lose it.