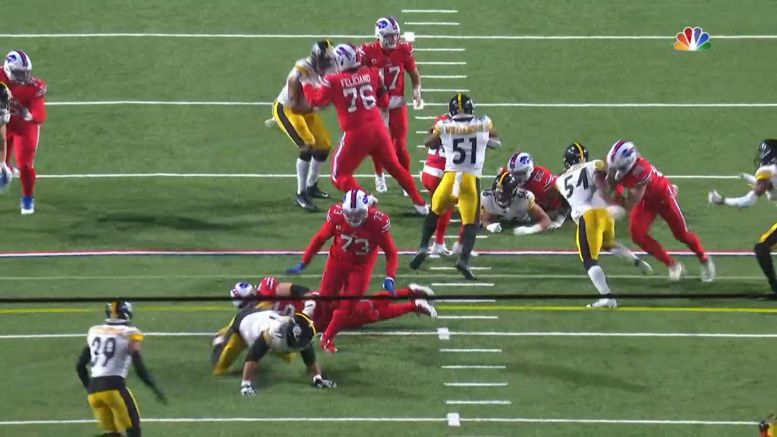 Avery Williamson has spent plenty of time on the football field. Now in his eighth season in the NFL (he missed a full year due to an ACL injury in 2019), he has logged more than 4000 snaps on defense over the course of his career, which prior to the past month or so, consisted of four years with the Tennessee Titans and then about two and a half with the New York Jets.

The Pittsburgh Steelers made the decision to acquire him via trade shortly before the deadline, though the intention was only at the time to bring him in in order to serve as depth. They had just recently lost Devin Bush for the season, and then Ulysees Gilbert III went down with another back injury.

The week before last, however, said Vince Williams test positive for Covid-19, and Robert Spillane, who entered the starting lineup in place of Bush, suffered a knee injury, and was placed on the Reserve/Injured List, which will require him to miss at least two more games.

The end result is that Williamson was suddenly the top dog at the position on Sunday against the Buffalo Bills, with former safety Marcus Allen logging snaps, and a just-returned Gilbert mopping up some of the remaining duty. And in spite of all the snaps he played before, he admitted that it was still new.

“I was a little nervous at first, especially when Vince went down”, he said of stepping into a starting role for the Steelers. “I just wasn’t expecting that. But I just made sure I was prepared as well as I could, to know the calls, and to just make sure that I could get the defense set up well, and just go out there and try and play as fast as possible”.

Williamson was a full-time starter while with the Jets and logged more than 1000 defensive snaps in 2018 alone before missing the next year due to injury. He also missed the opener this year due to injury, but when he returned to the lineup, it was in a starting role. But how did he play?

“I feel like I did a pretty solid job, for the most part”, he said in assessing his own performance. “It definitely wasn’t perfect, but just trying to go out there and improve this upcoming week. It’s just a part of this game, you never know what to expect. Injures and then with Covid-19 this year, you never can predict what’s going to happen week to week”.

It remains to be seen how much the Steelers will need him against the Cincinnati Bengals. Obviously Spillane will not be returning, but Williams could potentially be back, which would be a major boost for the defense.

Even if he does, Williamson would still start alongside him, but Allen and Gilbert could still supplement and take some of the burden off of him.