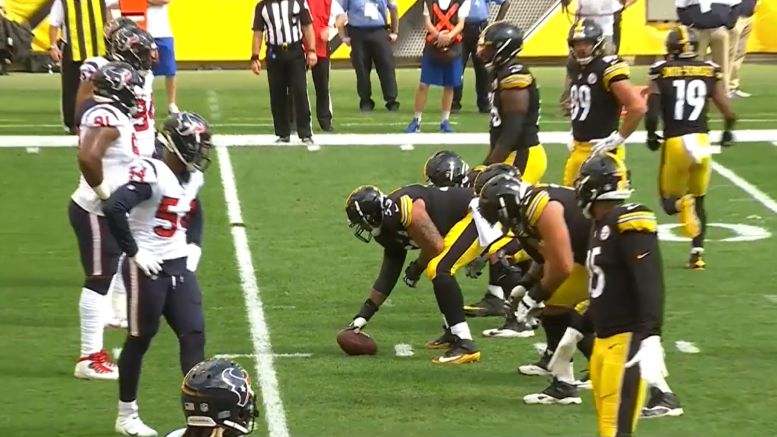 Reasoning: After missing the past two games following his time spent on the Reserve/Covid-19 List, veteran center Maurkice Pouncey was activated back to the 53-man roster yesterday, in time to play against the Buffalo Bills.

Not to knock J.C. Hassenauer, the first-year center who has started the past two games at the position for the Steelers, but getting Maurkice Pouncey back in the middle of the offensive line should provide a boost to an offense that has only put up 34 points in their past eight quarters of play.

Hassenauer wasn’t necessarily bad in his extended showing, but he wasn’t particularly good, either, and there were plays in which he was a clear weak link, where having had Pouncey there to execute the assignment would have made a difference.

That is what the offense has to hope, because they really need something to change after struggling to get the ball moving, and particularly get the ball in the end zone, as they are just 2 for 7 in the red zone over the course of the past two games, which is no bueno.

Short yardage especially has been an issue, as they have had issues converting in these areas, whether on possession downs or on the goal line, and a lack of push, particularly up the middle, has been identified as one of the shortcomings they have faced.

But Pouncey is more than just the best center on the roster. Especially after Ramon Foster retired, he is also the clear leader of that group, and one of the leaders of the team as a whole. There is a reason that he was voted as one of the Steelers’ team captains this year.

One wonders if Stefen Wisniewski would have done better than Hassenauer over the past two games, and whether or not that would have actually made any difference in how they unfolded, but at this point, that’s neither here nor there.