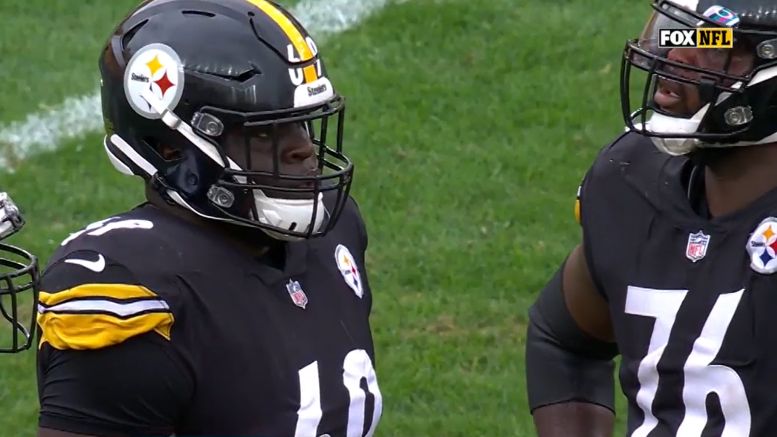 Question: Will Kevin Dotson be available by the end of the regular season?

The Steelers saw two offensive linemen go down during Sunday’s loss to the Buffalo Bills, with first starting left guard Matt Feiler succumbing to a pectoral injury and then his replacement, rookie fourth-round pick Kevin Dotson, doing to same.

The Steelers announced yesterday that Feiler was being placed on the Reserve/Injured List, which means that he will miss at least the final three games of the regular season. They did not, however, put Dotson on the list as well.

That would seem to indicate that they believe his injury is of a more short-term nature and that he could be available within the next three weeks. We will hear from head coach Mike Tomlin later today, and hopefully he will have good news on that front.

While he did not finish the game, we never got an update on the nature of Dotson’s pectoral injury, so it is certainly possible that it was a very minor strain of some kind, and even that he could be available for the team’s next game.

Needless to say, the Steelers can use all the help they can get, as if Dotson can’t go, that likely means J.C. Hassenauer will start, and he is better suited to playing center rather than guard. Derwin Gray would be the other option, but he hasn’t played any meaningful snaps yet in his career, outside of some reps at the end of a blowout.