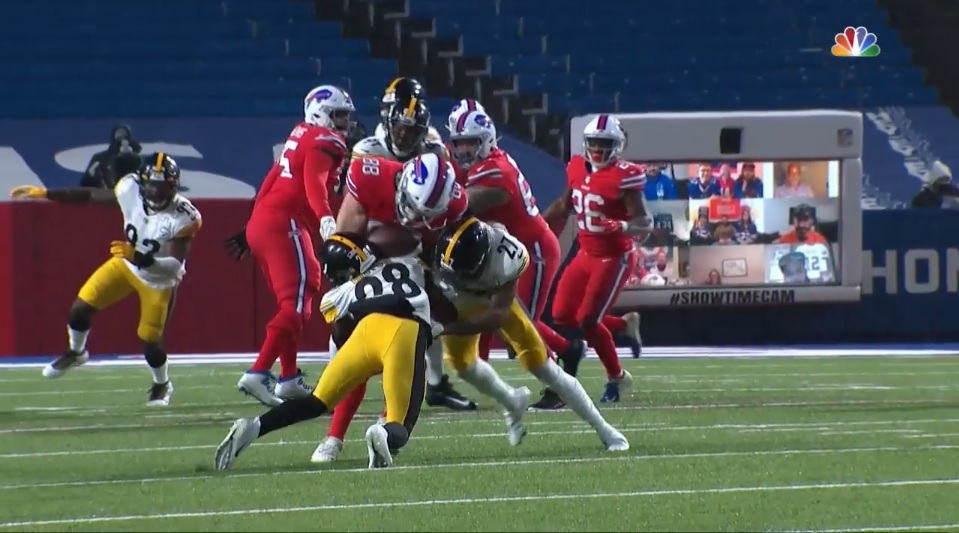 Question: How much will Marcus Allen play now that Vince Williams is back?

The vast majority of the total amount of playing time that Marcus Allen has had in his playing career, defensively, just came over the span of the past two games, during which he started at inside linebacker in place of Vince Williams, who was sidelined during that period of time while battling Covid-19. The 2018 former fifth-round pick logged over 100 defensive snaps in that time.

Logging snaps and playing at a high level are not tied at the hip, however, and it stands to reason that the Steelers will benefit, perhaps to a significant degree, with Williams’ return. One can hope that Robert Spillane will be back in a game or two as well.

However, Allen was still playing even before the injuries at linebacker. During dime sub-packages, at least at certain points of the season, he would come on the field in place of both Williams and Spillane as the dime linebacker, and he logged over 20 snaps in one game in that role.

So even with the inside linebacker position trending toward health, there is still, theoretically, a role for Allen in the defense beyond depth. The question is how much playing time he will actually see. He only has three other games of double-digit snaps this season outside of the last two. Ulysees Gilbert III being back could eat into his playing time as well.