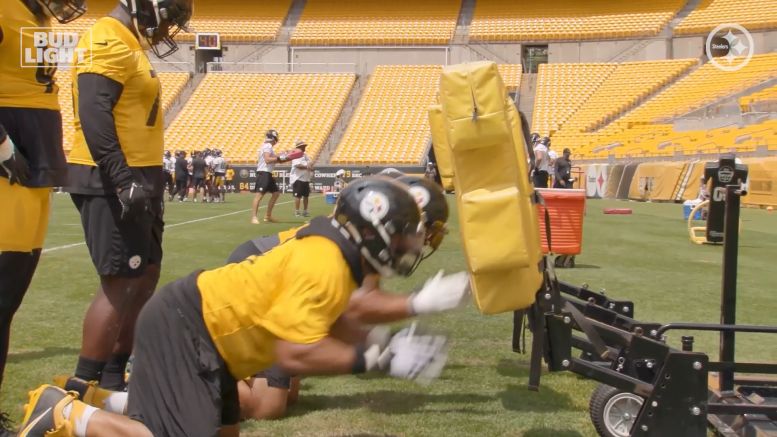 Question: Can the Steelers actually improve their physicality during the regular season to a meaningful degree?

The topic of conversation over the course of the past two days, at least when it doesn’t involve dancing, has been about physicality for the Steelers, or rather the lack thereof. It’s something that head coach Mike Tomlin pointed out during his Tuesday press conference, and a number of others, particularly offensive players, followed suit.

The question is, though, can they really make much of a difference during the season to become a more physical team? If they are capable of being more physical, then why isn’t it already happening? They were already in pads last week, and yet everyone is complaining about the lack of physicality in the aftermath.

The main area of concern, I think, is the offensive line. This is not necessarily a group that caters toward physicality, especially with the minimal amount of running that they do. The tackle position in particular is more finesse than power and leans toward pass protection. At least this season, Maurkice Pouncey and David DeCastro don’t appear to be the same players, and Matt Feiler has not played as well inside as he did at tackle the past two years.