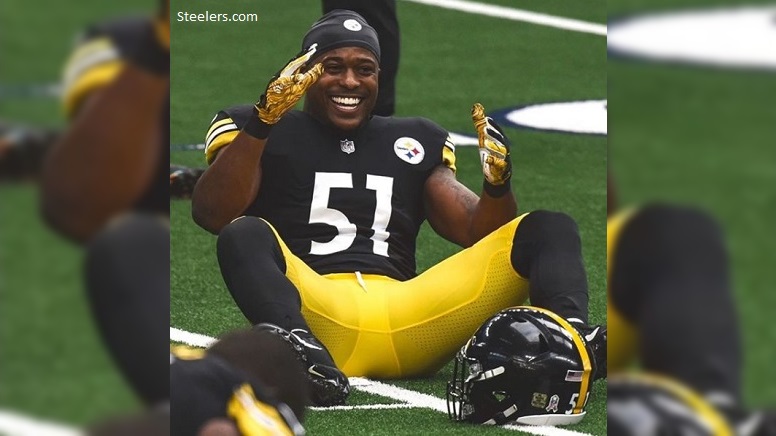 As Pittsburgh Steelers defensive coordinator Keith Butler said last week might be the case, new inside linebacker Avery Williamson did dress on Sunday against the Dallas Cowboys but did not see the field any at all. Williamson was dressed in case he was needed because of injuries after not practicing with the team any last week due to COVID testing protocols following him being acquired via a Sunday night trade with the New York Jets.

So, will Williamson see the field any on Sunday against the Cincinnati Bengals? It’s hard to say for sure right now but Mike Tomlin was asked Tuesday about Williamson not playing any against the Cowboys and if he’ll get a lot of work in practice this week with starting inside linebacker Vince Williams currently on the Reserve/COVID-19 list and thus unable to participate until Saturday at the earliest.

“Yeah, he’s going to get a lot of physical reps in preparation this week,” Tomlin said of Williamson. “He prepared remotely last week and he’s a veteran guy, but we had no intentions of using him [against Dallas] unless we were forced into it. Thankfully we were not.”

The Steelers have done a lot of mix and matching with their third down defensive personnel in the last several games after losing starting inside linebacker Devin Bush for the remainder of the year to a knee injury in Week 6. On Sunday against the Cowboys, the Steelers third down defense wasn’t great at times and on Tuesday Tomlin was asked if he’s considering possibly making more personnel changes as a result of that.

“We’re going to be looking at that,” Tomlin said. “When you’re not working in an ideal situation, when you’re losing people, you mix and match and you do things that you need to do to get out of stadium with a win. We were able to do that, but this week starts anew. We have different people available to us, so we’re going to formulate a plan that includes the best mix of available players.”

Will Williamson ultimately be included in the mix? We’ll see come Sunday. At the very least, Williamson should get quite a bit of work in practice this week with Williams sidelined through at least Friday while on the Reserve/COVID-19 list. If Williams is ultimately cleared to play on Sunday, however, it’s hard to imagine Williamson playing much on defense against the Bengals barring injuries. That said, it shouldn’t come as a shock if he maybe sees some playing time on a few third downs against the Bengals and maybe even in some dime packages.

“He gets a complete week’s work this week with us and in the building and on the field with his teammates and I’m looking forward to it,” Tomlin said of Williamson on Tuesday.