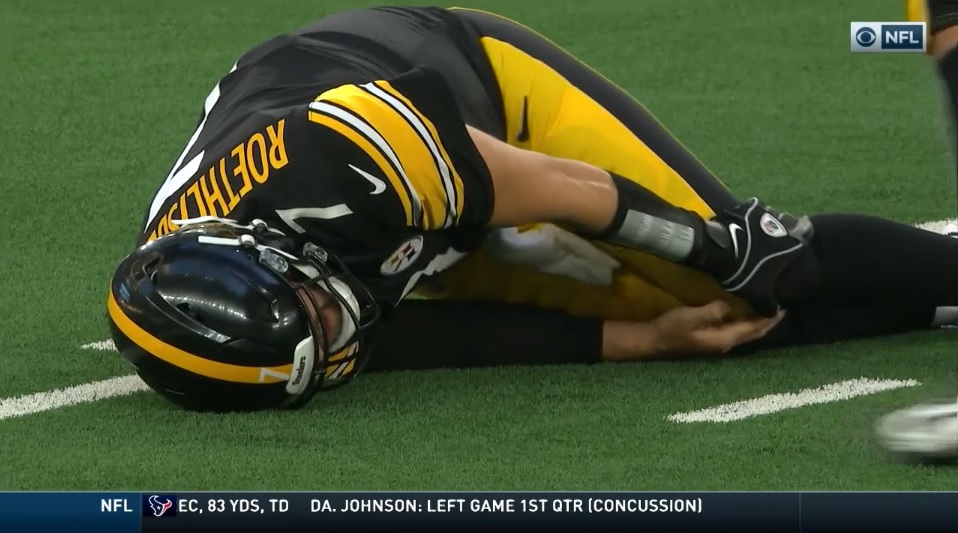 Every week, all eyes are on Ben Roethlisberger’s right elbow each time he heads to the sideline.  In an up and down game against the not very good Dallas Cowboys, Steelers fans had a new reason to worry.  Late in the second quarter, Big Ben took a huge hit and was noticeably limping, indicating his left knee to the training staff who attended to him.

And then we worried a lot more when the Steelers QB headed to the locker room (walking, not requiring the cart) before the half ended, giving backup QB Mason Rudolph a chance under center.

Fortunately, Ben was back to start the second half, leading the Steelers to take the lead and eventually the win.  After the game, Head Coach Mike Tomlin downplayed the injury.

So what exactly is Ben dealing with and will he be limited next week in an important division matchup with the recently improving Cincinnati Bengals?

Obviously, I have no idea what testing or evaluation the QB has undergone.  I’m just looking at the same game film as the rest of you.  So here we go.

Here you can see the weight of Cowboys DE Neville Gallimore bending Ben’s lower leg out and back, putting tension on the medial aspect of his left knee: 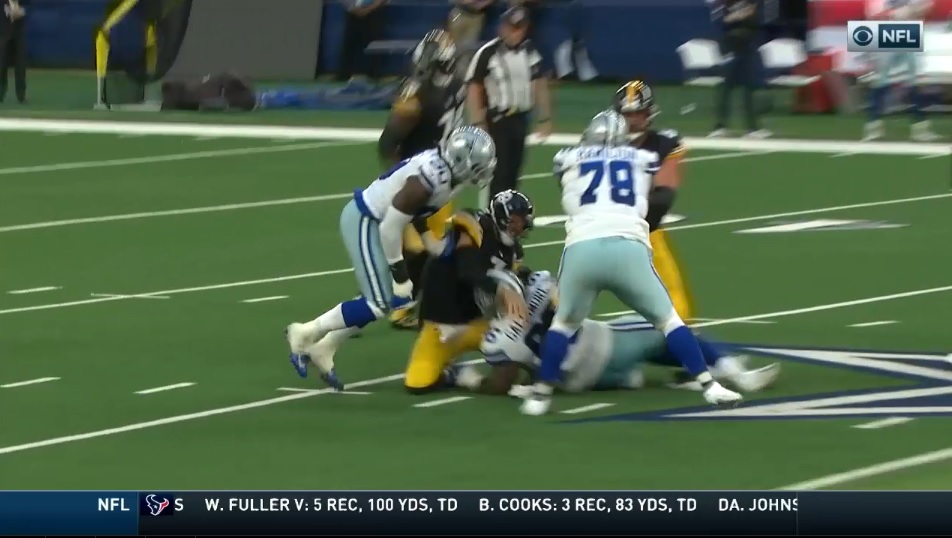 Ben was pointing the lateral aspect of his knee, but I think that was just him indicating the knee in general as the injured area.

The QB used a time out to huddle with his offense.  With 1:31 left in the half and trailing the Cowboys 0-13, Ben stayed in the game, completing 4 more passes and scoring a TD to get the Steelers on the board.  The Steelers defense got a much needed stop and the offense took over with 0:52 left on the clock and Mason Rudolph at QB.  Ben probably didn’t think they would have another series before time expired, but Rudolph was able to complete a few passes and Chris Boswell added another 3 points before the half with a 59 yard field goal.

We can be very confident that Ben didn’t suffer an ACL injury.  That is fairly easy to diagnose by physical exam, and there is no way he would have returned to the game.  And I’m sure he has already had an MRI, telling Dr. Bradley exactly what the situation is.  Based on the mechanism of injury, my guess is that Roethlisberger sustained an MCL sprain and I would also speculate that it’s mild.

SO WHAT IS AN MCL INJURY? 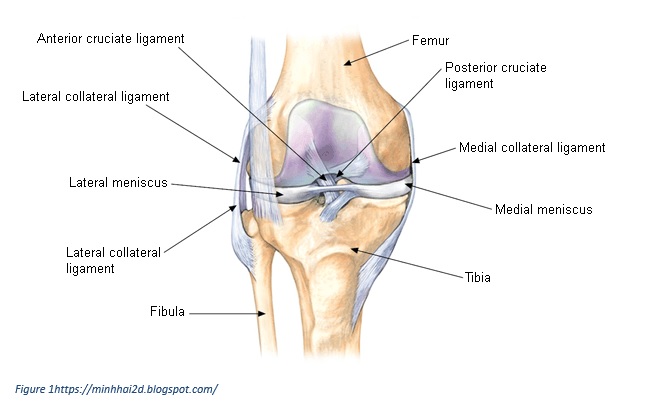 The MCL provides stability to the middle side of the knee, particularly when the knee is flexed.  A sprain is a stretch and/or tear of a ligament, and it is classified by severity.  Here is the breakdown, courtesy of the American Academy of Orthopaedic Surgeons:

For the moment, Ben needs to employ the basic RICE treatment: rest, ice, compression (with a brace), and elevation.  Pain can be treated with anti-inflammatory medication like ibuprofen and hopefully he won’t need any narcotics like Vicodin.

Assuming that this is just a grade 1 sprain, Ben won’t need crutches and can be weight bearing.  We already saw that he was able to drop back in the pocket with ease during the second half of Sunday’s game and did not seem to be favoring the left leg much at all.

Ben’s left knee has its own medical history.  In 2016, he suffered a meniscus tear which required mid-season surgery but he was able to return after missing one game and having the bye week as well.  His knee held all the way to the AFC Championship game.  In 2015, he had an MCL sprain but also sustained a bone bruise, which likely slowed his recovery.  He missed 4 games and returned in early November to face the Bengals and eventually get all the way to the Divisional round in the playoffs.

With this injury, I am optimistic that Ben won’t miss any time, meaning that following what I believe to be a mild MCL sprain he will face the Bengals once again.  And hopefully beat them soundly.

#Steelers QB Ben Roethlisberger sustained injuries to both knees on Sunday, but after tests today, there is cautious optimism that he’ll be healthy enough to play vs the #Bengals. While both knees got trapped, his feet not being stuck in the turf saved him from major injury.