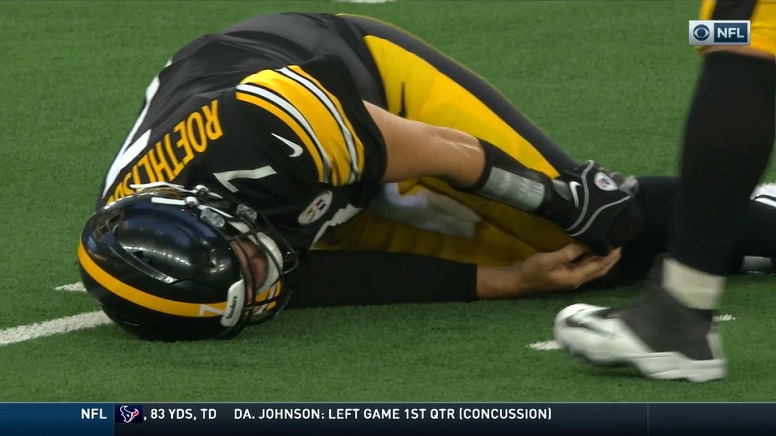 The Pittsburgh Steelers beat the Dallas Cowboys on Sunday to move to 8-0 and outside of a minor left knee injury suffered by quarterback Ben Roethlisberger late in the first half, it appears as though the team will get out of Week 9 fairly healthy.

“No real health issues to report of,” Steelers head coach Mike Tomlin said after the team’s win against the Cowboys. “Ben was able to go back into the game and finish the game. I’m sure there’ll be bumps and bruises associated with play.”

Roethlisberger hurt his left knee during the team’s late first half touchdown drive and then proceeded to go to the locker room a little before halftime to get evaluated. In doing so, he missed the Steelers final first half possession that was created by a turnover. That meant backup quarterback Mason Rudolph had to close out the final offensive possession of the first half. Tomlin was asked about that after the game.

“There were no issues with his availability,” Tomlin said of Roethlisberger. “We were just getting him looked at. We wanted to get a jump on halftime. We got a turnover, we allowed Mason to finish the half and leave him [Ben] inside getting evaluated where he was.”

Roethlisberger was asked about his knee injury after the game and if he thinks it will cause him any issues moving forward into the season.

“No, I’ll be fine. Thanks for asking,” Roethlisberger said.