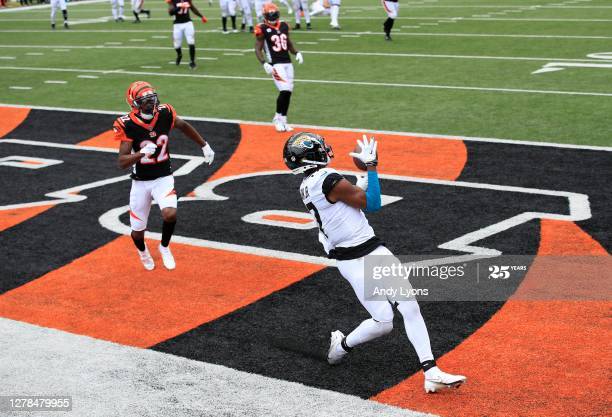 As we’ve done in the past, the keys to the Pittsburgh Steelers winning (or losing) today’s game. Three things that need to happen for them to end up on the right side of the score and vice versa in this 2020 Week 11 contest between the Steelers and Jacksonville Jaguars.

UDFA rookie James Robinson is likely to have a decent game. Jacksonville’s focused on getting the ball in his hands (20+ carries in his last three games) and he’s a talented, powerful runner. Biggest concern here is him carrying defenders for extra yards, turning a modest three or four yard gain into six or seven. That can change the complexion of a drive, of a gameplan, of an outcome. As TJ Watt said earlier this week, Robinson doesn’t try to dance around you. He goes through you. Gotta gang tackle, gotta match that intensity, DBs gotta put their face in the fan.

No pass rush has been more ineffective than Jacksonville’s. Nine sacks the entire year, easily the worst in football. Similar setup to the Bengals. 4-3 front who isn’t getting the job done, though their RDE (Carl Lawson for the Bengals, Josh Allen for the Jags) are athletic guys who are at least getting pressure. Still, this unit has struggled, even when they blitz, and the Steelers have done a great job protecting Ben Roethlisberger. He hasn’t been sacked in his last 104 attempts and gone without a sack in three of the last four games.

Steelers need to adopt the Jag’s philosophy. Get back to basics, back to fundamentals. Get downhill, allow James Conner to use his size and power to fall forward, and stay (relatively) on schedule. I’ll trade the consistent 3-4 yard gains and sacrifice the chance of breaking a big one. Don’t put the ball on the perimeter against this speedy LB group led by Myles Jack and Joe Schobert.

Topic and concern I know I’ve harped on all week. Biggest worry is the Jaguars’ speed at receiver. None of their wideouts are top flight guys and Chris Conley/Keelan Cole probably don’t even a crack of the game’s Top 40 receivers (#1 threat DJ Chark would, however) but these guys can fly and create plays downfield. Steelers’ secondary have busted too many coverages this season and that’s a bad combination against this speedy group. Jacksonville likes to use playaction to set up their big plays, too.

Similar theme as the above point, only with a focus on special teams. One reason why the Jags kept things so close with the Green Bay Packers last week was because of Cole’s 91 yard punt return score. Jacksonville is #1 in the league averaging 16 yards per punt return (aided by that long score last week, I know, but you can’t magically discount it) so they’re a boost for an offense playing with a rookie QB making his third start.

3. Jags’ Defensive Disguises Get The Best Of Ben

For whatever reason, Ben Roethlisberger has never had much success against the Jags. DC Todd Wash has held that role since 2016. Roethlisberger’s combined stats in the three matchups since are:

Jacksonville’s defense isn’t very good and battling injuries in the secondary, placing rookie CB CJ Henderson and may be without their other starter Sidney Jones tomorrow. But this group has always given the Steelers fits. So no guarantees Roethlisberger will keep the good times rolling.