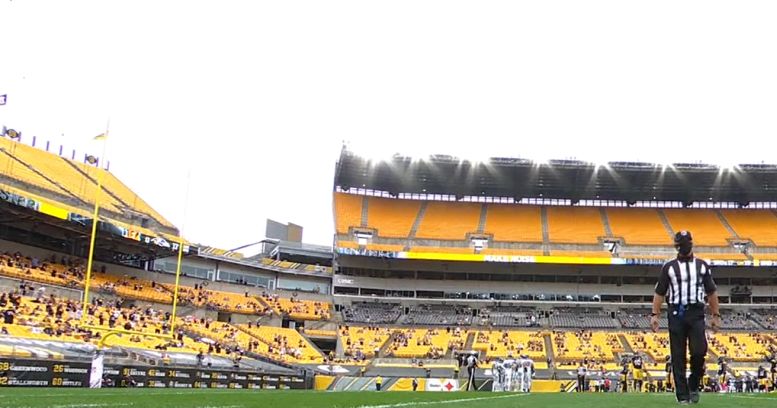 If you have confirmed tickets for the Pittsburgh Steelers home game Thursday night against the Baltimore Ravens, consider yourself lucky as it might be the last game you get to attend in person for the rest of the regular season.

Today, Governor Wolf’s Office and State Health Director Dr. Levine issued new orders and advisories which will affect our games in December, starting with the game against Washington on December 6. That order will now limit Heinz Field to no more than 2,500 people in the building, including players, coaches, stadium staff, etc. Consequently, we will have to restrict fans in the seating bowl to family and friends of players and the organization. Fans who have selected seats for the December 6 game will receive communication directly from our Ticket Office regarding credits or refunds.

Today’s new orders and advisories from the State of Pennsylvania do not impact the Steelers game vs. the Baltimore Ravens game this Thursday, Thanksgiving night. Fans holding tickets to Thursday’s game will again be required to adhere to already published protocols, including requirements for wearing a mask and social distancing. Additional information concerning protocols for safely attending the game on Thursday can be found at www.HeinzField.com.

Our priority remains the health and safety of our players, coaches, staff, gameday workers, and our fans. We will adhere to the original protocols for games with fans at Heinz Field and expect approximately 5,500 fans in attendance for Thursday’s game versus the Ravens.

We’ll have to wait and see if the ongoing pandemic affects any playoff home games the team might ultimately have. Currently, the Steelers are a near lock to make the playoffs with a 10-0 record. They can secure a playoff spot in Week 12 with a win against the Ravens combined with losses by both the Las Vegas Raiders and the Miami Dolphins. The earliest the Steelers can clinch the AFC North division would be in Week 13.