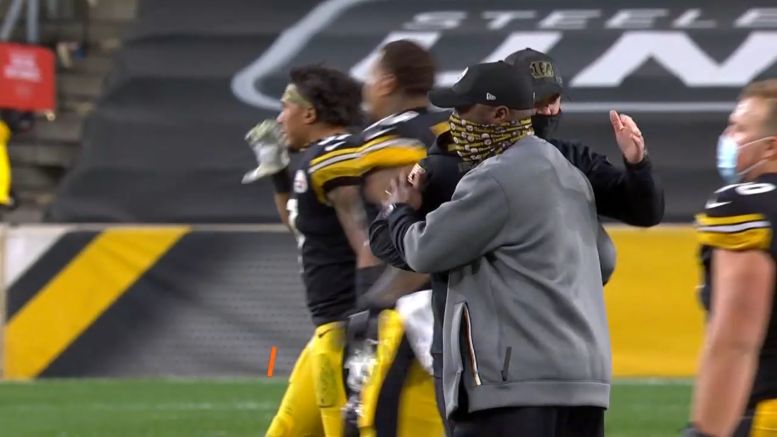 The Pittsburgh Steelers have not been worse than 8-8 since 2003, a year in which they finished bad enough to be in position to draft Ben Roethlisberger. He is the biggest reason that they have not been below .500 since then, though even last year they managed to get to .500 without their franchise quarterback winning a single game (going 0-2 before exiting with a season-ending injury).

Through the first nine games of the 2020 season, this Steelers team has already secured not just a winning record, but a better record than they had a year ago—and to state the obvious, they still have another seven opportunities to add to that win total.

They are not just off to their best start in franchise history at 9-0, they are now for the first time all season in possession of a full-game lead in the conference, as the 8-1 Kansas City Chiefs were finally idle this week on a bye.

What’s more, the Tennessee Titans and the Buffalo Bills also lost their games. Outside of Kansas City, the Baltimore Ravens, who are about to kick off, are the only team in position to be within two games of the Steelers for the conference lead with seven games to play.

It’s fair to say that this team has come a long way in a year’s time, but really, it’s pretty much been drawn up the way many painted a best-case scenario to go. Basically, take last year’s fantastic defense, add a Hall of Fame quarterback, ???, and profit.

What it means is the best start in franchise history, and potentially even their first time as the number one seed in many years—since 2004, Roethlisberger’s rookie season, when they went 15-1, their best record of all time. They would obviously have to go undefeated to top that, but we can’t take that off the table.

The Steelers had perhaps the worst offense in the entire NFL last season with Mason Rudolph and Devlin Hodges at quarterback, and with JuJu Smith-Schuster and James Conner dealing with injuries for most of the season. They went literally from first to worst in the red zone.

This offense hasn’t been incredibly efficient from a play-to-play perspective, and they’ve gotten off to slow starts, but they are also putting up points. They came into this week ranked fourth in the NFL in points per game, and after scoring 36, may move up.

Anybody who still doesn’t think that this is a championship-caliber team is not paying close enough attention, and that’s not just because they whipped up on a weakened divisional opponent at home. They’ve been overcoming every obstacle in their way all season. That’s what you need to win in January and February.