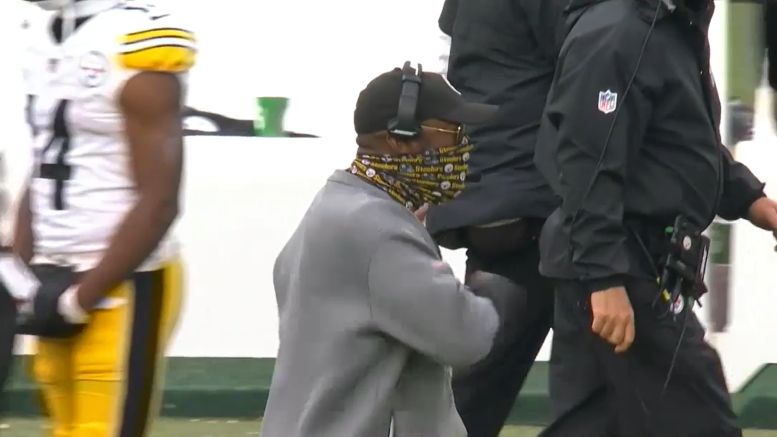 Thought it feels as though it has been somewhat muted and put on the backburner in hindsight of the fact that the Pittsburgh Steelers struggled to beat a 2-6 team, even if on the road, while said team was playing a quarterback making his first NFL start, we should not lose sight of the simple fact that this team is 8-0.

And of the fact that this is the first time in franchise history that the Steelers have ever been 8-0. With yesterday’s win against one of their greatest historical rivals, the Dallas Cowboys, they made franchise history by authoring the longest winning streak to begin a season, in doing so already matching their win total from a year ago.

The win broke a tie with the 1978 team that began its Super Bowl season with a 7-0 start. They ultimately finished the regular season 14-2, their second-best record ever, before securing the franchise’s third title.

In actuality, however, the Steelers have had some long winning streaks before. In fact, within the regular season, they have had 13 winning streaks of seven games or more if you include multiple-season streaks. Nine of those streaks occurred in a single season. Their longest overall steak is 16 games, encompassing their 14-game winning streak of the 2004 season and the first two games of the 2005 season.

But we already know, of course, that the Steelers’ longest all-time single-season winning streak was the 14-game run that they ended the 2004 season with. If they want to match that, then they still have six more consecutive games to win, and that would include a rematch against the Baltimore Ravens and a road meeting with the 7-2 Buffalo Bills.

For the time being, however, the 8-0 record obviously has them well-positioned. They have a two-game lead with a game in hand against the Ravens for the AFC North title, and they have kept apace of the Kansas City Chiefs, who are 8-1, having not had their bye yet. Everybody else in the entire league has at least two losses.

At this same point last season, the Steelers were 4-4, and even that was somewhat remarkable, considering that they started off 0-3 before going 1-4. But they rattled off a pair of three-game winning streaks sandwiched in between a loss and actually had themselves situated at 8-5 before a three-game collapse ended their season early.

It would have to be a historic collapse, however, to keep them out of the postseason this year, and that is because of a historically great start for the franchise.