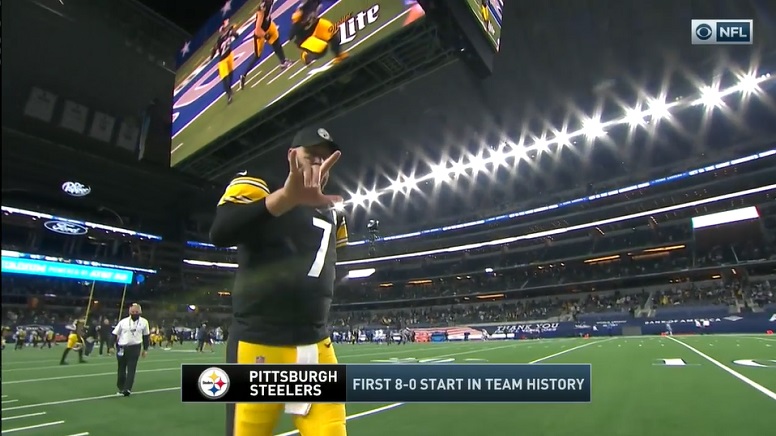 The Pittsburgh Steelers beat the Dallas Cowboys 24-19 on the road Sunday and in doing so they improved their record to 8-0 on the season, which is the first time that has ever happened in the history of the franchise. Steelers head coach Mike Tomlin talked about that historical aspect following the team’s win in Dallas immediately after the game was over with.

“I’m really proud of our football team. 8-0, man, for the first time in franchise history,” Tomlin said during his postgame press conference. “We’re humbled and honored to be that group.”

While it’s the first time ever that a Steelers team has started a season 8-0, they’re obviously not the first team to accomplish the feat. In fact, the Steelers are now the 28th team to start a season 8-0 during the Super Bowl era dating back to 1966, per Pro Football Reference. Just last season, the New England Patriots and San Francisco 49ers both started the season 8-0. Both, however, lost their ninth game.

It’s worth pointing out that the previous 27 teams to start a season 8-0 dating back to 1966 all ultimately made the playoffs. 15 of those 27 teams went to the Super Bowl after starting 8-0 and eight ended up winning the Lombardi Trophy. The last team to accomplish that feat was the New Orleans saints in 2009.

An interesting note, NFL writer Scott Kacsmar wrote on Monday that there have been just five teams in NFL history to start a season 8-0 and score 24 or more points in all eight games and that the 2020 Steelers are one of them. Of the other four teams, the 2007 New England Patriots, the 2009 Saints, the 2011 Green Bay Packers and the 2015 Patriots, only the Saints went on to win the Super Bowl. 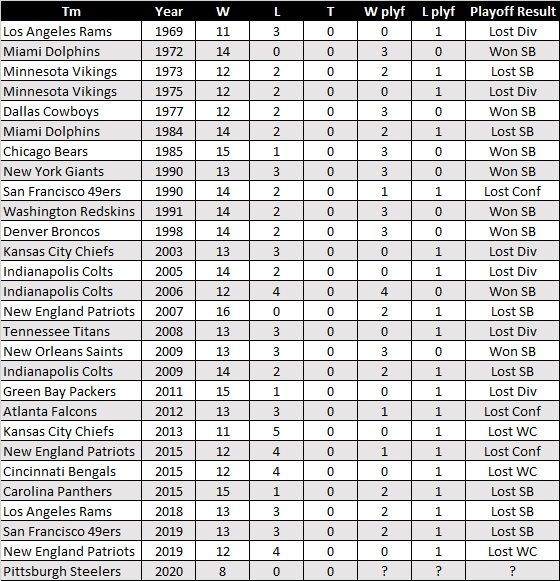 Are the Steelers the worst team on this list? Very possible, but they could still get stronger too. @Steelersdepot https://t.co/u6QKIQnYiR